Mesut Ozil could have played his last game for Arsenal after he was left out of the club's 25-man Premier League squad. 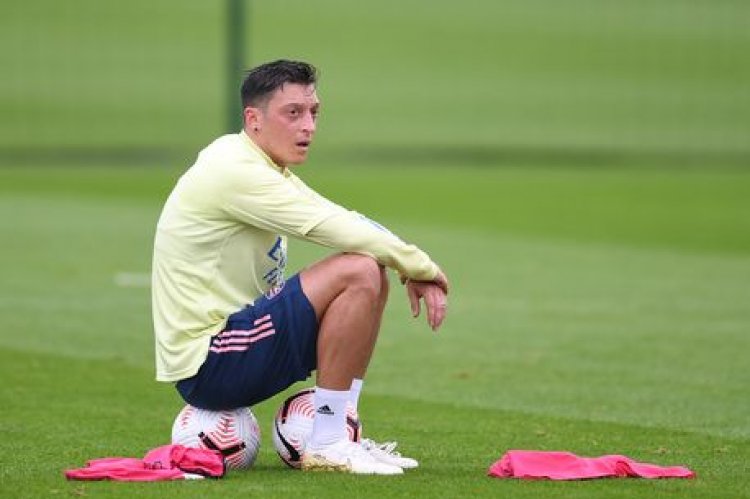 Premier League clubs have until Tuesday at 2 p.m. BST (9 a.m. ET) to submit their final 25-man group after the closure of the domestic window in England and ESPN has learned Ozil and Sokratis Papastathopoulos have been left out.

It means both players are now not eligible to play for the Arsenal first team for the rest of the year.

The only other competition the Gunners will play in before Christmas is the EFL Cup and the rules dictate "a registered player is one who would be registered and eligible to participate in a Premier League match" or is an under-21 player.

Therefore Ozil and Sokratis' omission from the Premier League squad leaves them only available for U23 matches until the New Year at the earliest -- clubs are able to revise their squads once the January transfer window opens -- but in reality this latest snub will only put further pressure on both players to leave in January.

Sokratis was in talks over a move to Napoli but that deal collapsed as the Italians did not sell Kalidou Koulibaly and so the deadline passed without an agreement. The 32-year-old is expected to secure a transfer away in January although his destination is as yet unknown.

Ozil was told he could leave but the midfielder chose to stay and fight for his first-team place as he entered the final year of his £350,000-a-week contract.

Gunners manager Mikel Arteta started Ozil in his first ten League games prior to the coronavirus pandemic but after the former Germany international refused to join the vast majority of the first-team squad in taking a pay cut during lockdown, he has not appeared for the first team since.

Ozil has received huge offers from the Middle East to leave but believed there was a chance he could force his way back into Arteta's thinking. Sources have told ESPN there have been no talks to terminate Ozil's contract.

However, the club have now shown him precisely where he stands and will seek to move him on again in January in an effort to save the final six months of his wage and save more than £8 million on their wage bill.

Gabriel is the solution to Arsenal's long-standing problem, but he must learn fr...

What soccer games are coming to Paramount+ in January

USMNT and USWNT commentators for TNT and HBO Max