Barcelona are among the clubs to have been linked with the Gabon international, but a new deal now seems likely. 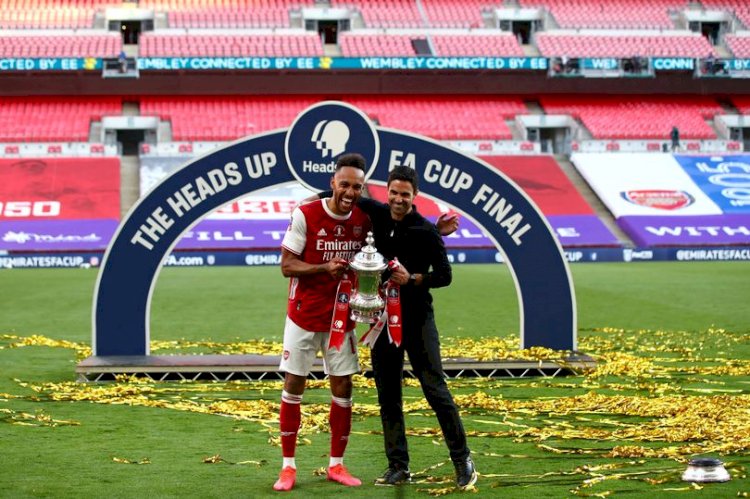 Arsenal fans have been reacting on social media following the latest reports that Pierre-Emerick Aubameyang is close to signing a new contract with the club.

Speculation over his future has been rife for months, with only one year remaining on his current deal at the Emirates Stadium Arsenal have been working hard to get him to put pen to paper on a new deal.

Barcelona are among the clubs to have been linked with the Gabon international, but a new deal now seems likely.

That is according to David Ornstein of The Athletic, who is reporting this morning that Aubameyang is to end speculation over his Arsenal future by signing a new 3-year contract.

The report goes on to add that the new deal will enable him to become the best-paid Arsenal player.

And here is how Gunners fans have been reacting to the news on Twitter. 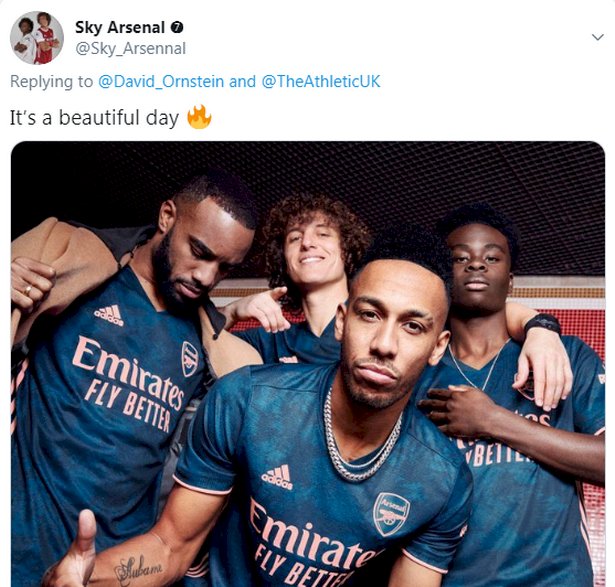 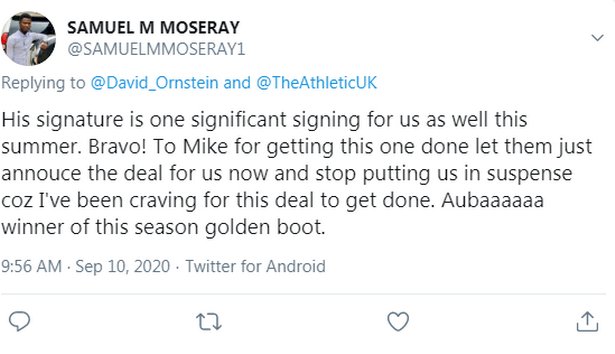 Speaking after the Community Shield back in August, Gunners boss Mikel Arteta admitted he was confident Aubameyang would sign a new deal.

He said: "I keep saying the same thing.

"I try do my job, which is convince him that he is in the right place, that he has the environment here to produce the moments like he's done today and he's done here three weeks ago.

"I am very positive that he's going to sign but a lot of time there's a lot of things involved in a contract deal and we are trying to show him.

"I think the move from the team (for his goal) was really, really good and he put the ball, all the time, where it belongs, which is the back of the net.

"As well the way he took the last penalty. He wanted to take the last one and he took it really well - and another trophy for Arsenal. I'm delighted with his performance with and without the ball as well."

'Get real', 'in a heartbeat' - Arsenal fans split on Julian Draxler and Matteo G...