The latset Chelsea's injury news including updates on Edouard Mendy, Ben Chilwell and Hakim Ziyech ahead of the Premier League clash against Southampton at Stamford Bridge on Saturday 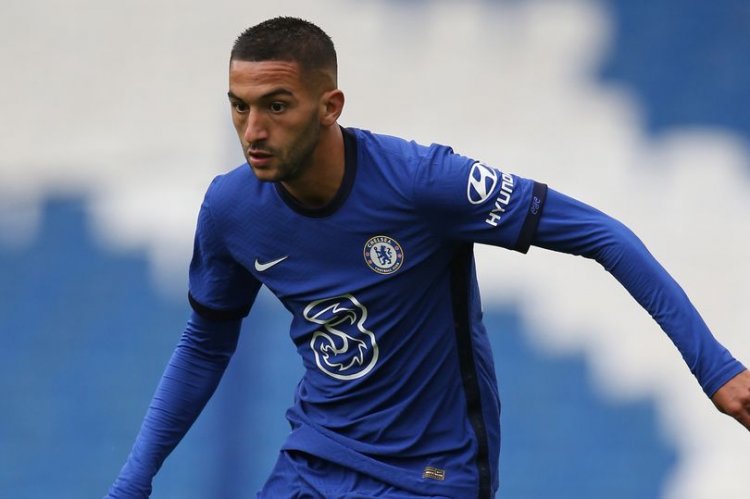 After signing off for the international break in emphatic style, defeating Crystal Palace 4-0 at Stamford Bridge, Chelsea will be aiming for a similar result against Southampton tomorrow.

The Blues will welcome the Saints to Stamford Bridge aiming to secure their third Premier League win of the campaign, with the club having made up for their sloppy showings against Liverpool and West Bromwich Albion with the win over Roy Hodgson's Eagles.

The clash with the Saints, who will arrive in London off the back of a 2-0 win over West Brom, will present another strong opportunity for Frank Lampard's side to add another three points to their tally and kick-start their campaign after a busy summer on the transfer front.

With the international break now out of the way, Lampard can look ahead to spending time with his players without any interruptions, and he could be poised to welcome Hakim Ziyech into the frame for the first time following an injury in pre-season.

With that in mind, here is a round-up of all the very latest Chelsea injury news, including the latest on Ziyech, ahead of the clash with Southampton.

The midfielder withdrew from the international squad after Chelsea brokered an agreement with Morocco that he would be allowed to come back to Cobham after playing one fixture.

Ziyech is still awaiting his Chelsea debut after missing the start of the season with a knee injury sustained during a pre-season friendly against Brighton & Hove Albion at the end of August.

The former Ajax midfielder is set to be in contention for the visit of Southampton.

Timo Werner was suffering from illness and missed Germany's 3-3 draw with Turkey last Wednesday. The Chelsea forward was then left out of the squad for the Ukraine game on Saturday.

Fortunately for Lampard, though, the £47.5m summer signing from RB Leipzig returned to action in a thrilling 3-3 draw against Switzerland on Tuesday night, scoring and playing the whole game, meaning he should be fine for the clash with the Saints this weekend.

Edouard Mendy made his Premier League debut for Chelsea in the 4-0 win over Crystal Palace, however he might have to wait a while for his next appearance.

The 28-year-old was on international duty with Senegal when he suffered a thigh injury during training.

The new signing has returned to the Blues to undergo further tests, however, Mendy is now expected to be out for the next Premier League game. Lampard will offer confirmation of this when addressing the media on Friday.

The USA international had been missing from Chelsea's squad after recovering from a hamstring injury but made his first appearance of the season in the 4-0 win over Crystal Palace.

Pulisic should be ready to push for a start this weekend.

Ben Chilwell was withdrawn from the England squad to face Denmark in the UEFA Nations League on Wednesday evening through injury.

After linking up with Gareth Southgate's squad, he has aggravated the foot injury that saw him miss the start of the season.

"Ben reported to the hotel today," Southgate said after the 2-1 win over Belgium last Sunday. "He did a training session on his own. We’ve just got to assess where he’s at because he hasn’t been able to train through the week.

"So, there’s a little bit of assessment needed over the next couple of days but he is with the group now."

Chilwell has been suffering from plantar fascia issues since early summer and, speaking to football.london at the beginning of this month he explained why there was a need to be cautious.

He is expected to be knocking on the door of a return by November, should he is rehabilitation programme continue to head in the right direction.

Tierney, Ozil and Aubameyang: Arsenal injury updates and team news ahead of Man ...

Where to find Fulham vs. Spurs on US TV

Best California Sportsbooks To Bet On Chargers vs Jagua...

Rams CB Jalen Ramsey Tweets Message Suggesting He May B...