Man Utd manager Ole Gunnar Solskjaer speaks to the press on Friday morning ahead of the Premier League fixture against Newcastle. 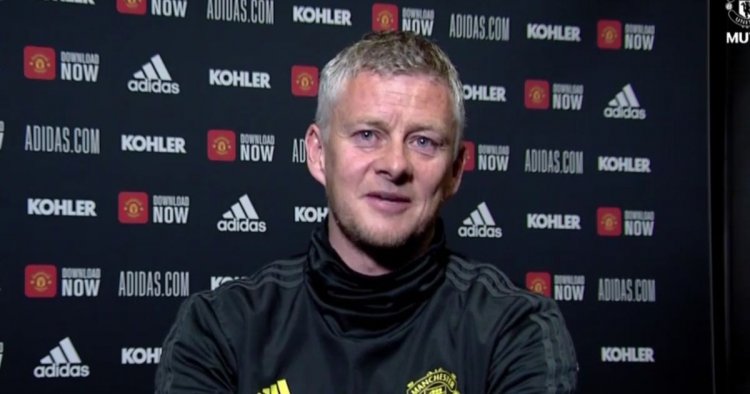 Ole Gunnar Solskjaer will speak to the media on Friday morning (10am) as he gives his press conference ahead of Manchester United's trip to face Newcastle in the Premier League.

The United manager will be speaking for the first time since his side were humiliated 6-1 at home by Tottenham Hotspur before the international break with his future at the club possibly one topic of discussion.

It will also mark the first time Solskjaer has spoken since the summer transfer window closed with the United manager set to be quizzed on his deadline day activity which saw the club sign four new players.

Solskjaer could give early team news for the trip to St James' Park with club captain Harry Maguire under fire again following his latest horror show while away on international duty. Maguire was sent off during England's loss to Denmark on Wednesday.

Stick with us for live updates from Carrington.

Summer signings to be discussed?

This morning’s press conference will be the first time Ole Gunnar Solskjaer has spoken since deadline day, so we can expect questions on the deadline day recruits.

United failed to sign priority target Jadon Sancho but did secure deals for Edinson Cavani, Alex Telles, Facundo Pellistri and Amad Diallo on the final day of the window.

Harry Maguire on the agenda today

Ole Gunnar Solskjaer will no doubt by quizzed on Harry Maguire after his draining start to the new season.

The United captain looks in need of a rest but doing so could be a huge risk to Solskjaer with his own job under intense scrutinty.

Today marks the first time Ole Gunnar Solskjaer has spoken publicly since both the 6-1 hammering against Tottenham and transfer deadline day.

You can expect plenty of questions on both this morning at Carrington as pressure mounts on the United manager.

The severity of Arsenal's blunt attack revealed and wha...

Soccer games on ESPN+ in February