Reports in Spain claim Barcelona will have to some several of their high-earning stars in January, and that could create an opportunity for Arsenal 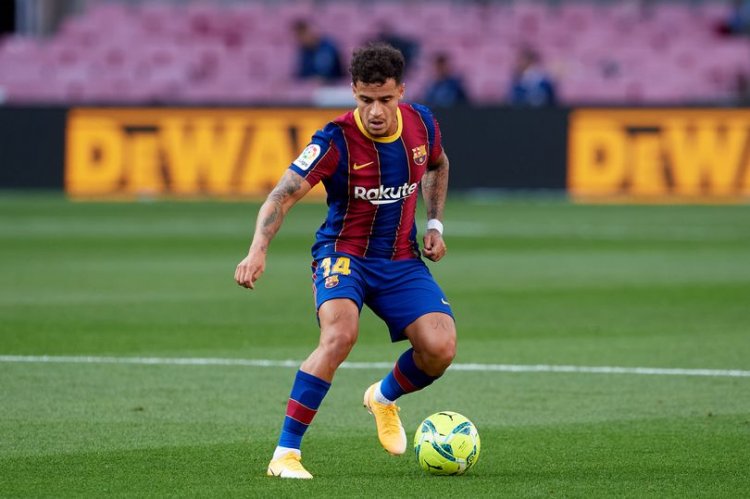 Philippe Coutinho was heavily linked with a switch to the Emirates Stadium over the summer transfer window. (Image: Alex Caparros/Getty Images)

Arsenal and Barcelona have enjoyed a curious relationship in the modern era.

The Spanish giants were none too pleased when Arsene Wenger poached some of their brightest talents – most notably Cesc Fabregas and Hector Bellerin – while the Frenchman also sold them one of his finest imports in Thierry Henry.

Arsenal have only beaten Barcelona once in the Champions League, but if reports are to be believed they could score a big win in the transfer market.

Reports in Spain claim Barca are in the midst of a financial crisis, and are in serious risk of bankruptcy in January of next year.

This is in large part due to a crippling wage bill which it is said needs cutting by £170 million. RAC1 states talks have begun with the legal representatives of the first-team players as the club attempts a solution.

The players agreed to a 70% pay-cut in March to ensure non-playing staff received all of their wages, while Marca is reporting that judicial sources in Spain have suggested both the players and staff they may have the legal right to rescind their contract.

The news comes in the wake of president Josep Bartomeu’s shock exit. The under-fire chief quit the club last week to the surprise of many and after a summer of criticism.

It is believed the most likely outcome will see a number of first-team players agree to receive their salaries over a long period of time.

Running parallel to that will be an attempt by the club to sell off some of their high-earners with no future at the club as they seek to balance their books. That could be perfect for an Arsenal side shopping on a limited budget, with Barcelona’s desire simply to jettison the salaries of some high-earning players.

The most obvious candidates are Philippe Coutinho and Antoine Griezmann.

Coutinho was heavily linked with the Gunners this summer. His agent, Kia Joorbachian, has a long-standing relationship with the club, and reports that Arsenal would be taking a more agent-driven approach to transfers saw stories emerge that the Brazilian was close to moving to north London.

Coutinho would certainly offer Mikel Arteta creativity and positional versatility in the final third. The Gunners have struggled to create chances of late, and the addition of a pedigreed creative midfielder would likely be welcomed by Arsenal fans.

Griezmann, meanwhile, would provide the Gunners with an elite-level attacker that could combine well with Alexandre Lacezette and Pierre-Emerick Aubameyang. The former Atletico Madrid man chose to take control of Arsenal on Football Manager, and it’s fair to say that his move to Barcelona has not gone according to plan.

While many will talk about Griezmann’s attacking quality, and rightly so, the player should also be commended for his willingness to work off the ball and contribute defensively. This could make him a tremendous, well-rounded, asset for someone like Arteta as he looks to inject further quality into this side.

Usually playing in a central forward role, he could interchange with Lacazette, and even drift out to a wide role. Arteta has not shied away from using a front three that swaps positions in-game, and Griezmann would definitely be able to operate in a system that requires positional fluidity.

A fresh start at the Emirates would likely be welcomed by both players, and Barcelona are unlikely to provide significant resistance. At the same time, a move for the duo would be ample opportunity for Stan Kroenke to display his ambition for Arsenal and produce a public show of support for his manager.

It makes total sense for all parties, and will represent another odd turn in the relationship between the two clubs.

Where to find USMNT vs. Colombia on US TV