All the very latest Arsenal injury news ahead of the clash with Manchester City at the Etihad Stadium on Saturday teatime, with Mikel Arteta having hopes of being able to call upon Kieran Tierney 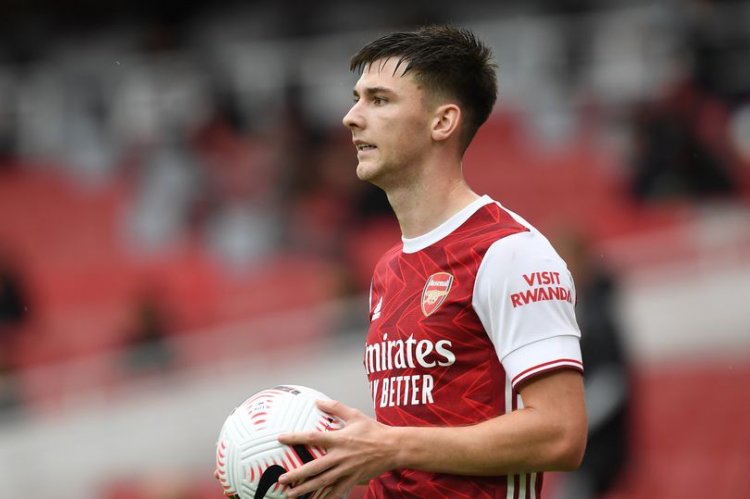 With the international break now out of the way and dealt with, Arsenal will be looking to record a third successive win in league and cup when they lock horns with Manchester City at the Etihad Stadium on Saturday teatime.

The Gunners went into the two-week break off the back of a 2-1 victory over Sheffield United at the Emirates Stadium, with second half goals from Bukayo Saka and Nicolas Pepe getting the job done for Mikel Arteta's side.

Now, Arteta, who will be aiming to hand a debut to new signing Thomas Partey at the Etihad Stadium, will be looking to get one over on his former master - Pep Guardiola.

The Gunners chief put one of over on him in last season's FA Cup semi-final at Wembley but he has not yet been able to lead Arsenal to a victory over City in the Premier League. But with City having had a mixed start to the campaign this could be Arteta's perfect opportunity.

Ahead of the journey north, Arteta has no shortage of injury and other concerns to worry about, with a whole host of players certainly going to miss out, whilst others are touch-and-go.

With that in mind, here is a round-up of all the very latest Arsenal team news ahead of the trip to Manchester.

The Arsenal midfielder made his first start for England in their 1-0 defeat to Denmark on Wednesday evening.

Fielded in a now familiar left wing-back role, Maitland-Niles was then withdrawn after 36 minutes for Tyrone Mings.

However, this was not an injury problem and the Arsenal academy graduate was merely sacrificed in a tactical reshuffle after Harry Maguire's red card.

The 23-year-old should be fine and available for selection on Saturday.

Arsenal captain Pierre-Emerick Aubameyang did not report for international duty with Gabon.

The 31-year-old was initially called up for the weekend's clash against Benin.

However, it has since been revealed that he sustained a minor ankle problem during the Gunners' 2-1 win over Sheffield United and had to withdraw from the squad.

"After the withdrawal of Mario Lemina, another executive, Pierre-Emerick Aubameyang, will not be present to face Benin in a friendly match on October 11 in Lisbon," a statement read.

According to coach Patrice Neveu: "Aubameyang suffers from a small sprained ankle, contracted on Sunday, during the Premier League match against Sheffield [United].

"The Arsenal doctor sent me a certificate indicating his unavailability. He is in care for a week."

With that said, it's not all bad news for Gunners fans as well as Arteta ahead of the clash against City.

Aubameyang has been spotted in training over the past week alongside the likes of Willian and Alexandre Lacazette.

Arsenal defender Kieran Tierney was advised to self-isolate for 14 days after coming into close contact with a COVID-positive teammate during his time away on international duty with Scotland.

Southampton ace Stuart Armstrong was diagnosed with coronavirus, the Scottish FA confirmed last week, and Tierney's alleged close proximity to the midfielder means he was advised to begin a two week period of self-isolation.

Tierney's isolation would appear to rule him out of Arsenal's Premier League game against Manchester City.

But the Gunners released a statement last Wednesday, to clarify their position.

On Thursday, Arteta issued a further update on the prospect of the left-back featuring against City, insisting he hopes to have him available.

The Spaniard said: "This is getting very complicated when we are sending players abroad and obviously you lose control, some authorities have different regulations to the actual ones in the Premier League.

"We are still having some discussions with the authorities and hopefully we will know more this afternoon."

When directly asked if he could feature, Arteta said: "I hope so."

It's understood the move is down to tactics and Arteta's choice, rather than the German international having any sort of injury though.

He is, therefore, in contention for the City game if called upon by his manager.

The Spanish defender remains sidelined with an injury to his left ankle. He picked up the problem - which saw damage to his ankle ligaments - in the game with City back on June 17 - the first game back following the lockdown period.

The Greek has been tipped to leave the club this summer, with Napoli and Paris Saint-German linked with a move.

Martinelli was initially ruled out until the end of the year with a serious knee injury.

But the forward now says he could be back in training for Arsenal soon after making rapid progress in his rehabilitation.

“I’m feeling very well, I’m regaining confidence and I can feel my knee is better,” he told the Arsenal website.

Why Americans find Welcome to Wrexham so compelling

Tottenham Hotspur Stadium handed approval for another i...

Stevenage dump Aston Villa out of the FA Cup

Inter win derby to go second in Serie A