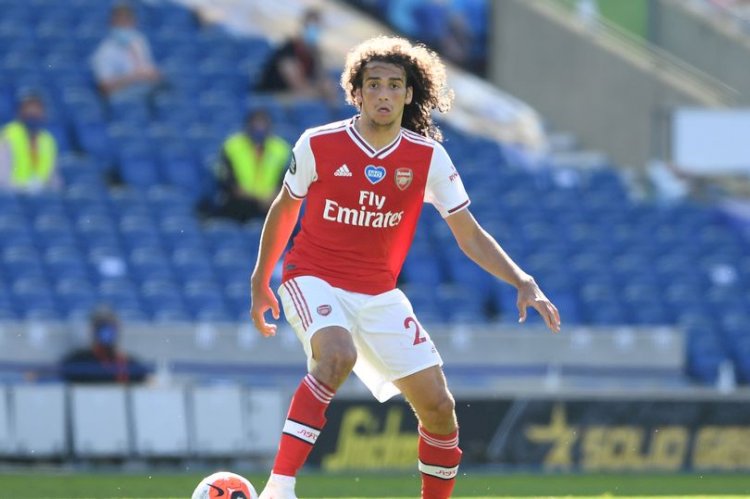 Matteo Guendouzi was left out of the Arsenal first-team squad (Image: Getty Images)

Matteo Guendouzi took to social media after being left out of the Arsenal squad to face Fulham.

Mikel Arteta's side made the short journey across London to Craven Cottage for their first game of the Premier League season, but Guendouzi was once again omitted.

The French midfielder has been frozen out since Arsenal's 2-1 defeat to Brighton in June, amid reports of a verbal spat with Seagulls striker Neal Maupay.

Reports have claimed that the 21-year-old is available for sale as Arsenal look to raise transfer funds, with the midfielder reportedly used as a bargaining chip in a bid to sign Atletico Madrid's Thomas Partey, as well as Lyon's Houssem Aouar.

Arsenal boss Arteta previously addressed the Guendouzi situation and suggested that the midfielder could yet have a future at the Emirates.

“I have been really clear that everybody starts from zero all the time in football,” Arteta said last month

“What you did two weeks ago or two years ago doesn't really matter. It's what you are able to contribute to the team now. Everybody is going to have the same opportunities.

“They'll have to show with their performances and their attitude that they are better than their teammates or somehow contributing to what we want to achieve this season.”

Expanding on his talks with Guendouzi, Arteta said: “To tell him exactly that he’s going to be part of the team and at the moment he’s like any other player in our squad.

“He deserves first of all to be treated exactly the same and I will do that to my best capability.”

But after being left out for Arsenal's first game of the season, Guendouzi showed his support for his teammates by tweeting a picture of the match on television, with the caption: "Let's go guys! @arsenal."

Speaking before the game, Arteta had admitted that it would be difficult to give Guendouzi regular minutes given the competition for places.

"We have some really good players in many different positions where some of them are duplicated so clubs are interested to get our players," Arteta told reporters.

"It's very difficult to promise players game time or to be the first choice but it's part of this period in the market.

"We try to manage the situation as well as we can, all the time counting on what the players' expectations are and what we can achieve with them as a club and we are making decisions towards that."

Arsenal player ratings vs Wolves as Gabriel recovers an...