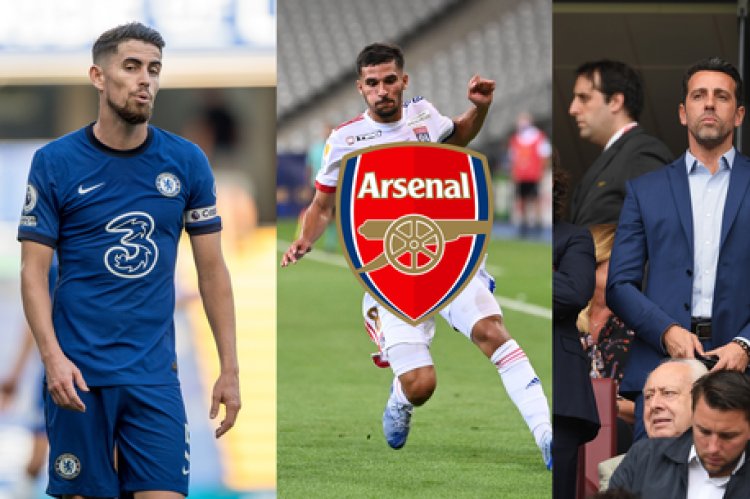 Does it help to play Liverpool without fans?

I think obviously the crowd makes them stronger because it is a unique atmosphere they are able to create at Anfield. As well you are able to see how well they are playing without any crowds as well, so we know the challenge ahead of us, so let’s embrace it, let’s go for it, prepare well and try to go there and win.

How much confidence will you take from the last two performances?

They are all very different games. The one we played at the Emirates and the final were very different. It will be different again. We know the standards they have set in this league, how consistent they have been. That’s because they dominate almost every aspect of the game.

We need to be at our best, we need to compete very well against this team. Hopefully the boys are ready to do that on Monday.

What do you mean different?

They were really different. They have some variability depending on what they do, how we have to control those aspects, as well the way we can attack in different ways as well.

We work all the time with them without much time to breathe, it's a really quick game. Long sequences of passes don't really exist against them. We have to be at our best that's for sure.

What have you been working on to address the issues you saw after the West Ham win?

Obviously I'm not going to discuss that but we had some time to work and try to prepare better. Every game brings you different challenges and in this league every opponent is causing you issues that you have to resolve.

We are evolving, we are getting much better. On Tuesday already we did a lot of things much better in the same aspect. We need to keep improving.

Is there any update on Lucas Torreira's future?

We don't have any update on Lucas or any other player at the moment.

You've been linked with Jorginho. Is he the type of player you're looking to add to your squad?

We are still open to improve our team. We are looking for different options depending on what happens with our players here.

We are getting prepared just in case we need to do something.

What qualities did you see in him?

I cannot open up on players that play for a different team and their qualities. It's not appropriate.

How difficult is it to face the same opponent twice in a week?

It's normally difficult enough to play the same team in four days and for the players as well to adapt. The first game has a big impact on the second one and it's very tough to beat the same opponent twice in that short period.

When you talk about Liverpool that challenge is much bigger. I just want to focus on Monday. Let's try to get the best possible preparation against them, go there and most importantly have the belief that we can go there and win.

We all have to believe we can do that.

Will you have to start on the front foot?

It’s really important to start well but it’s important what happens after 20, 30, 80, 90 minutes. It's a team that is really consistent in its performance, able to constrain the opponent to do very little against them and can dominate long periods of games.

Are you pessimistic that you'll see fans in the stadium in the next six months?

I don’t know, with the new guidelines given by the government it’s not looking very positive for the next few months. We have to bear in mind the situation we have in our society.

We have to respect that. We’re all trying to create a safe environment. It's in the interests of everybody in the Premier League to keep playing. We have achieved really good standards and keep the positive [tests] really, really low.

That's the first aim and obviously if we can get the fans back in here it will be great for the football world as well.

Could Eddie Nketiah be called up for the senior England team?

If he keeps performing the way he has been with us in the last few months he will have a really good chance. Culturally England and the manager are really brave with young kids.

It's up to [the players]. They have to be really consistent. They have to keep doing what they're doing, put their focus at club level and then that opportunity will come in a natural way.

They are getting better and better. They have less weaknesses. They are a fantastic side.

The issues with the weakness of opponents are how many times you get to exploit them and how many opportunities you get to do that. As well with all the incredible things they have, you know that they're going to try and still able to do them.

I want to focus on what we can do, what we have to do and control our own aspects.

You'll have to take all your chances

In big games like that every detail is important to get a win and we have to dominate a lot of aspects of the game. How we manage the game in certain moments as well and when we have our opportunities we have to put them in the net.

We don’t discuss the things that we have to try to do in the market.

I really like him from my time I was in Barcelona. He plays with incredible personality, great talent, very special qualities to play in midfield. He's a great signing for Liverpool.

How important is it to change your record away from home?

We want consistent results. We have to be able to go to any ground and get the points, and live with that belief. We'll try to do that on Monday.

Are you pleased with Nicolas Pepe?

I think he's come a long way. We know what the club paid for him when he joined and that was obviously an extra pressure but he's a player who's had to adapt, it's a different style. He has a really good attitude. We can see developments in a lot of phases of his game.

He's very settled here, he's like by the boys, he's a really good character to have around and I'm really positive that we're going to have him for many years and that he can perform at a really high level consistently.

How helpful is it to have a former team-mate in Gabriel?

I think it's always nice for them to have some compatriots next to them, it obviously makes things a lot easier in the first few months when they cannot speak the language. I think for both of them they know each other and they've spent some time together now. I think it's a positive thing.

How important will Willian's big-game experience be at Anfield?

For me it's much more important that the overall mindset of the team is right and they have the actual belief that when we get on that plane to go to Liverpool, that we can go there to win. If we all have that, we're going to have a much better chance to perform at our highest and have the opportunity to grab the points.

Do the players have greater belief now than when you took over?

I haven't been to Anfield with them yet but I'm expecting that every ground we go to, we're going to prepare for the game to win and that they realise they are good enough to do that. Obviously that has to be by an incredible performance individually and collectively. We need to manage every detail the game requires.

How crucial is the chemistry between Alexandre Lacazette and Pierre-Emerick Aubameyang?

I think the front players need to create a certain chemistry between them and that feeling that when they look at each other in the eyes, they understand each other, they communicate on the pitch to see what they are feeling. I think we are getting that with them at the moment.

Not only them, but with Willian as well and the way he's come in the team straight away. With Pepe, Bukayo [Saka] - when he's playing there - and with Reiss [Nelson]. It's really important, it's something we try to promote in training as well. Hopefully they can keep linking and improving those relationships between them.

Are you concerned by the financial situation further down football's pyramid?

I think the club is playing without the fans and financially the implications that has, how that can still be sustainable, the things we have to achieve as a team to try to improve those finances as well. I think it's crucial for every club that this doesn't have too much of a delay because then the challenge ahead is brutal.

Arsenal player ratings vs Tottenham as Tierney and Smit...

What times are the Women's World Cup games played?

Where to find Brighton vs. Liverpool on US TV