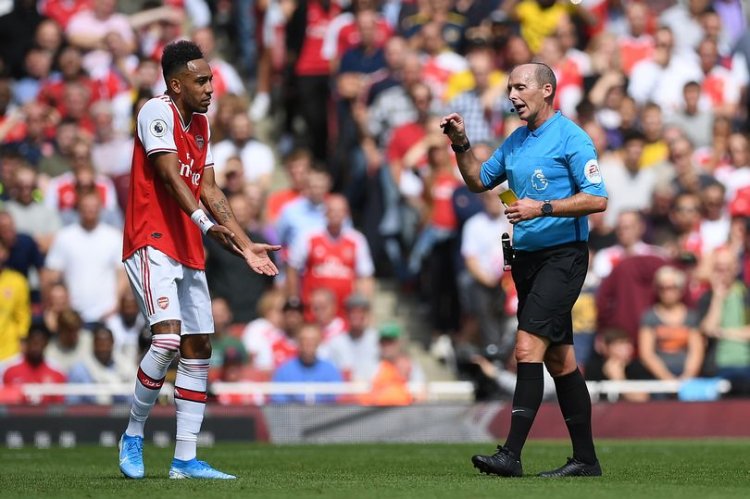 A common cliche in football is that refereeing decisions often even themselves up over the course of the season.

Yet how often does that prove to be the case?

A new study by BetVictor's In the Book has found that, over the last five seasons, Arsenal have been among the teams who most regularly pick up cards for the fouls they commit.

On average, the Gunners pick up a card for every 5.48 fouls they commit - which is comfortably the worst in the Premier League's big six.

To put that into contrast, Liverpool are considered to be the best performing team in the Premier League discipline wise, as they are given a card every 7.72 fouls - giving them two more fouls than Arsenal before being carded.

Over the last five years, the Anfield side have picked up an average of 47.6 cards per season after committing an average of 367.6 fouls.

The Gunners average a yellow card every 53 minutes, with a red card coming every 1,069 minutes - or just under every 12 matches.

Fifty-three minutes per yellow is the fifth-most regular in the Premier League, with West Brom's 47 minutes the most regular.

In terms of reds, Arsenal receive the fourth-most regular in the Premier League, with Everton, Leicester and Southampton tied for most regular with 1,006 minutes.

Granit Xhaka has picked up the most cards in the last five seasons for Arsenal, going into the book 35 times.

Rather unsurprisingly, the Gunners' feistiest game over the last five years has been against Chelsea.

Also among the most disciplined clubs are the Gunners' London rivals West Ham.

The Hammers are the most-regularly carded team in terms of the fouls they commit, going into the book for every 5.48 fouls.

Over the last five seasons, West Ham have committed an average of 377.2 fouls per season, with an average of 68.8 cards every campaign.

The Hammers average a yellow card every 52 minutes but appear to do well in keeping players on the pitch, averaging a red every 1,221 minutes - or every 13.5 matches.

Their most-carded player is Mark Noble with 37, whilst their feistiest game is against Wolves.

Eagles 6-0 vs playoff teams this season when Jalen Hurt...

Brittany Mahomes Among The Hottest Wives and Girlfriend...

Martin Keown reveals the one mistake Mikel Arteta must ...

Newly promoted Union Berlin is a model club in Germany

Every word Frank Lampard just said on Rennes, Pulisic i...