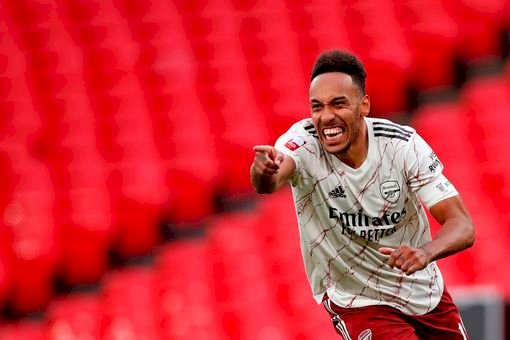 The Gunners have been busy this summer, with the capture of Dani Ceballos on another season-long loan the latest piece of business.

Willian and Gabriel Magalhaes have also joined on permanent deals, but Arsenal boss Mikel Arteta still wants more, with another central midfielder on his shopping list.

And we could yet see some outgoings with Emiliano Martinez linked with Aston Villa, while Rob Holding, Sokratis, Lucas Torreira and even Alexandre Lacazette have been named on the list of possible departures.

You can join us below in our live blog for all the Arsenal latest transfer news and gossip as they break.

According to O Jogo, the Gunners have declared their ‘intent’ to land the talented 18-year-old.

The issue for Arsenal may be that AC Milan have already told Sporting they will pay €15m.

The Gunners haven’t gone that far just yet, but they may need to get a move on if they want to land Mendes, who has already racked up nine senior league appearances. 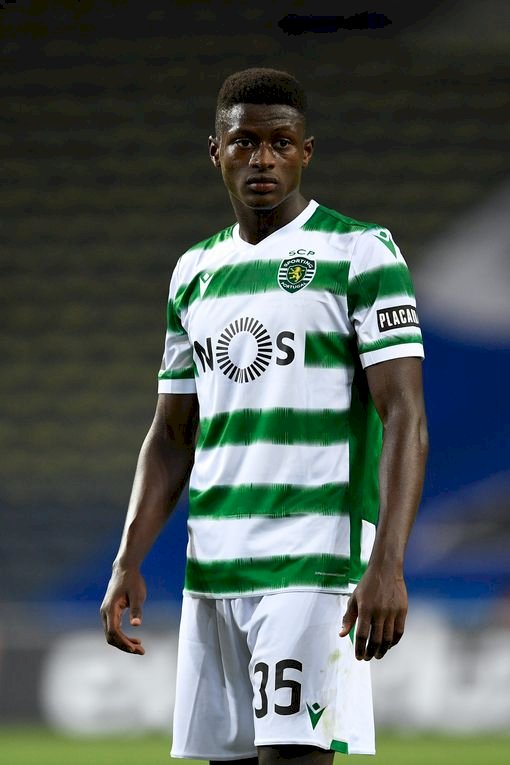 According to ESPN, Pierre-Emerick Aubameyang has agreed a new three-year contract worth £250,000-a-week.

The Gunners are reportedly expected to make a long-awaited confirmation announcement in the next few days and could even be before their opening Premier League fixture against Fulham on Saturday.

Mikel Arteta reportedly held talks with Liverpool target Thiago Alcantara over a move to the Emirates Stadium, according to previous reports in France, via talkSPORT.

Thiago has been heavily linked with a switch to the Reds this summer, but if these previous reports are to be believed, then Arsenal are also interested in the 29-year-old.

Arsenal have been tracking a creative midfielder all summer, with links to Lyon’s Houssem Aouar.

But when walking out of his post-game interview after Spain’s 1-1 draw with Germany last week, Thiago appeared to shrug off links to the Premier League.

The midfielder was asked: “Liverpool or Manchester?”

Thiago laughed and replied: “Ciao!” before saying: “Munich is my home and I’m so happy to be there.” 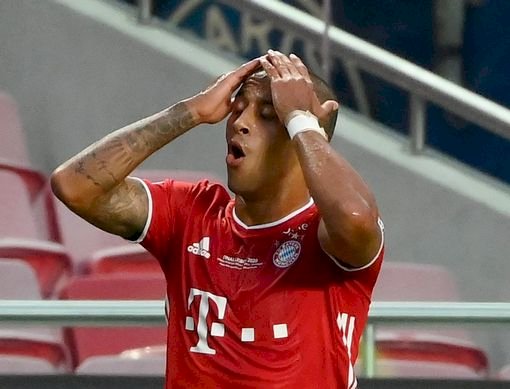 The transfer of Kai Havertz to Chelsea could have a knock-on effect on Arsenal.

Bayer Leverkusen received an initial fee of £72 million for the midfielder from the Blues, and are now reportedly ready to invest some of that into securing a right-back.

According to the Metro, Arsenal man Hector Bellerin is one of the names on the list.

Both PSG and Bayern Munich are also interested in the defender, meaning that the three clubs could enter a bidding war to drive the price up.

Matteo Guendouzi has hinted that he is ready to fight for his Arsenal future.

Liverpool in line for Coutinho windfall

With Philippe Coutinho’s agent confirming that the midfielder is staying at Barcelona, Liverpool could be in line for a tidy sum of money.

“I get on very well with the Sporting Director (Edu),” Juninho told RMC Sport. “We spoke on the phone. Houssem Aouar is really well liked by Arteta.”

Antoine Griezmann has played down speculation linking him with a move away from Barcelona.

The French star, who joined the Catalan club in a big-money move from Atletico Madrid last summer, has struggled to make a major impact at the Nou Camp.

It has led to reports from the Daily Mail that Arsenal are among the clubs that are on red-alert and monitoring his situation with a view to a move.

But Griezmann insists his future lies at Barcelona.

Asked in an interview by M6 if his future lies at the Nou Camp, he replied (via Marca ): “Yes.

“I don’t know why people are making up other destinations.

“I’m happy at Barcelona and I know I have the confidence of the club and of the coach.

“So, I’m good. Last season was a tough season for everyone and now we’re ready to start again.”

Arsenal's Mesut Ozil promised a Q&A with fans this afternoon. And it's underway.

Mikel Arteta begins his first full season in charge of Arsenal with a squad that has undoubtedly been strengthened since its last competitive game but one where there is still work to be done.

Arteta's matchday squad to take on Fulham at Craven Cottage will likely be bolstered by two new signings: former Lille centre-back Gabriel Magalhaes and Willian. However there is a possibility that neither will feature from the off when the Premier League curtain is raised.

Matteo Guendouzi is back for Arsenal.

The midfielder, who has been linked with a move away from the north London outfit during the summer transfer window, has returned to first-team training ahead of this weekend's Premier League opener against Fulham.

As spotted via @footballdaily video clip uploaded to Twitter, Guendouzi can be seen very early on as he's standing next to summer signing Willian.

Just three days before the start of his first full season as Arsenal head coach, Mikel Arteta has been dealt a heavy blow with the news David Luiz is a doubt for the opening fixture against Fulham.

football.london understand the extent of the injury is still being assessed by the club. As first reported by The Athletic, the 33-year-old is expected to be out due to a neck problem sustained during the Community Shield win over Liverpool on August 29.

Nevertheless, without the season even starting, the Gunners have proof of why keeping Rob Holding this summer at least will be crucial.

After Bernd Leno’s injury against Brighton & Hove Albion in June, Martinez stepped in as number one and impressed as the Gunners secured both the FA Cup and Community Shield.

That form has led to speculation over his future, with the 27-year-old wanting to establish himself as a number one – be that at Arsenal or elsewhere.

A number of clubs have been linked with a move, Aston Villa the most strongly, and we have all the latest on his future

Arsenal defender David Luiz is an injury doubt for the Premier League opener against Fulham.

According to The Athletic, Luiz is struggling with a neck injury and has not been taking park in full training sessions ahead of Saturday's kick-off.

Dani Ceballos is back at Arsenal for a second season after agreeing another season-long loan from Real Madrid.

The Spanish midfielder was a key part of Mikel Arteta’s team in the second half of the campaign as the Gunners finished eighth in the Premier League and lifted the FA Cup.

Originally joining under Unai Emery, a stunning display against Burnley last August on his home debut whetted the appetite of the Arsenal faithful. But as the team struggled, so did the midfielder.

When he picked up a hamstring injury in November, Arsenal fans would have been forgiven for thinking they’d seen the last of Ceballos, consigning him to the recent list of loan flops that include illustrious names such as Kim Kallstrom and Denis Suarez.

But after three months out, new manager Arteta brought Caballos back into his line-up, where he often featured as part of a double-pivot in the centre of the park with Granit Xhaka.

Brentford goalkeeper David Raya has told the Bees he wants out amid links with Arsenal.

Raya has been tipped to replace Emiliano Martinez if the Argentine departs the Emirates Stadium this summer.

And that interest appears to have turned Raya's head, with The Athletic saying he has his heart set on a move to Arsenal.

That could make the Gunners' attempts to replace Martinez - should they need to - pretty easy.

"I get on very well with the Sporting Director (Edu)," Juninho told RMC Sport. "We spoke on the phone. Houssem Aouar is really well-liked by Arteta."

International airlines on alert as Entebbe Airport prepares for reopening on Oct...