Arsenal are once again connected with a move for Brighton's central midfielder ahead of the summer transfer window, with the Gunners looking to bolster their first-team squad. 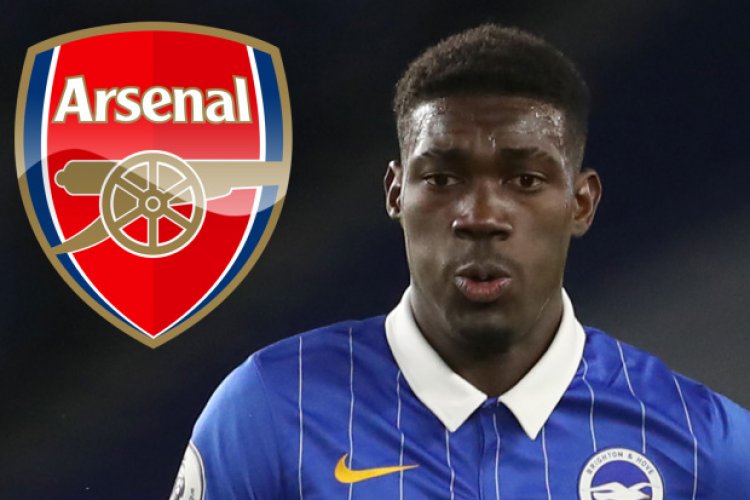 Another week, and maybe another Yves Bissouma to Arsenal rumour.

Following another excellent Premier League season in the colours of Brighton & Hove Albion, talk of the midfielder joining Arsenal this summer persists.

In addition, JoriPress knows that Arsenal will be in the transfer market in the coming months to sign players in at least five positions, with a major revamp planned in north London after the club failed to qualify for Europe for the first time in over two decades.

And it just so happens that manager Mikel Arteta and technical director Edu have made improving central midfield a primary focus.

Bissouma and Sheffield United's Sander Berge are just two of the players being considered, and both are said to be keen on a move to the Emirates Stadium.

The former, on the other hand, looks to be pressing for a move.

Given what has transpired on social media after the Premier League season ended last month, many Arsenal supporters believe this is the case.

Following his visit to the Emirates, Bissouma snapped a photo with Arsenal's Nicolas Pepe and subsequently went viral with an Instagram post.

In addition, the Mali international uploaded a photo of a man seated in a bedroom with an Arsenal insignia on the floor next to him from @wilyfit 8, who is thought to be his personal trainer.

A video shows Bissouma in a room with a pair of Arsenal jerseys in sight went viral a week ago, sending some supporters into a transfer frenzy.

Bissouma saw their Instagram storey referencing allegations that he is'mad' about Arsenal, as @afcstuff pointed out on Twitter.

This has been seen by some Arsenal supporters as another another sign that a deal will be struck.

Take a peek at what others are saying about it on Twitter...

Brighton manager Paul Barber is open to the potential of letting Bissouma to depart this summer, which is a plus for Arsenal.

He told The Athletic, "I don't view that as a negative at all." "The more large clubs show interest in our guys, the more we're doing something correctly, so that makes me happy." We understand that some of our top players won't be with us indefinitely, and if the right offer comes up - and it has to be the right offer – and they want to go, they may.

"If players go, we'll have back-up within and be able to go out on the transfer market."

"We're always looking ahead, trying to scout the best young players and either bring them in or loan them out." It's a critical component of our work."