Arsenal have been in talks with Pierre-Emerick Aubameyang over a new contract for months, and the Gunners look set to announce the new deal 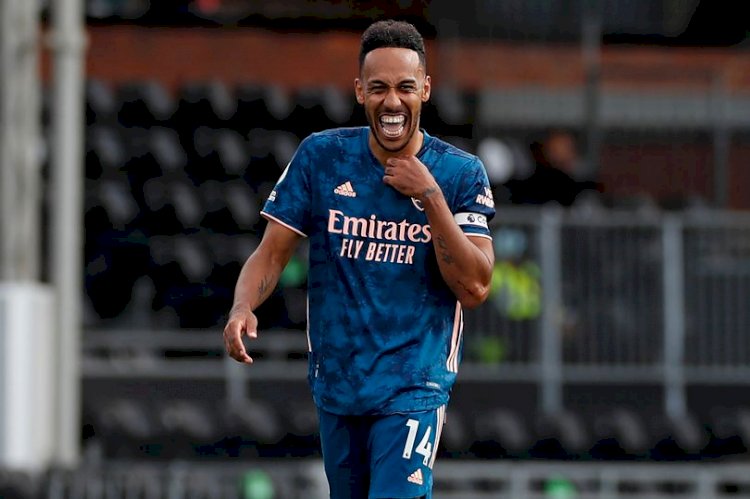 Pierre-Emerick Aubameyang celebrates after scoring for Arsenal in the Premier League match against Fulham.

Pierre-Emerick Aubameyang has posted another cryptic message on Twitter to hint that his new Arsenal contract is close to being signed.

The Gabon international, who joined the Gunners from Borussia Dortmund back in January 2018, is out-of-contract at the Emirates Stadium at the end of June next year and is yet to put pen to paper on a new deal.

Aubameyang enjoyed an outstanding 2019/20 campaign, scoring 29 goals in 44 appearances in all competitions, including a brace in the FA Cup final victory over Chelsea.

The striker also netted in the Community Shield win over Liverpool, and his form had alerted a whole host of clubs in the summer, including the likes of Barcelona, Inter Milan and Real Madrid.

There were fears that the Gunners would have had to sell Aubameyang had no agreement been reached on a new deal.

But  JoriPress understands Arsenal have agreed a new three-year deal with their club captain, and the official announcement will be made soon.

On Twitter, the striker whipped up excitement on Tuesday morning that the confirmation is imminent, after posting four dots and an egg timer emoji - similar to a previous post he made a month ago.

Speaking after watching his side beat Fulham 3-0 on the opening day of the new season - a game in which Aubameyang opened his account for the new campaign, Gunners boss Mikel Arteta revealed a deal with his star player was close.

"I'm really positive we are going to get it done very soon and hopefully in the next few days you will get some news," Arteta told BT Sport.

How Many NFL Wild Card Teams Have Won The Super Bowl?