Arteta names the reason why Arsenal lost against Leicester City 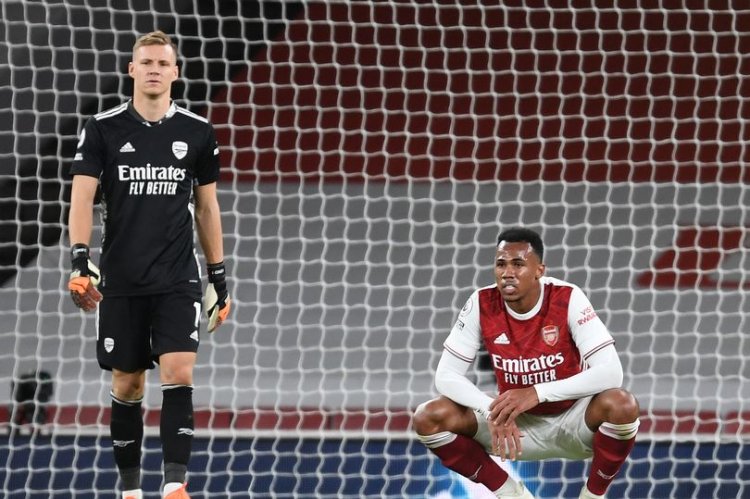 Arteta's side were undone by a Jamie Vardy goal in the second half as the England striker netted his eleventh goal against Arsenal, more than he's managed against any other team.

The lack of penetration in the final third was clear to see for the north London side who couldn't muster up a shot on goal in the second half.

However, it was Brazil defender David Luiz who provided the biggest outlet of creativity for Arsenal, with several marauding runs forward and penetrative passes into the Leicester half.

"I think fatigue had a say there a well," Arteta said after the game.

"We didn't look as sharp on the ball. We didn't have much purpose on the ball. David gave us something different when we wanted to do something with the low blocks. Credit to them, they are really organised and it's difficult to create chances. We created one with Hector and we didn't convert. It's an aspect we have to improve on."

Arteta was impressed with the aggression that his team showed in the game but admitted that a lack of patience saw his team made errors in the second half.

Pierre Emerick-Aubameyang and Alexandre Lacazette both wasted good chances in the first half while the latter was unfortunate to have a goal ruled out for offside in the opening three minutes.

Despite those first half chances, Arsenal struggle to conjure up any clear cut chances after the break and failed to produce a shot on target.

"To be fair I was really pleased with the first half. The way we pressed and the aggression we showed. We were effective with that and restricted them to nothing. We scored the goal on the set piece which I don't know how it got disallowed. We needed to be patient and not to make any errors.

"We made the decision when there is no pressure on the ball to try and attack that space and they scored a good goal. We didn't manage to have enough continuity in our play, we didn't put the ball as often as we could in the box.

"It's a very harsh for result for us considering what happened in the game."

Where to find Fulham vs. Spurs on US TV

MLS picks up linear TV deals with FOX and Univision