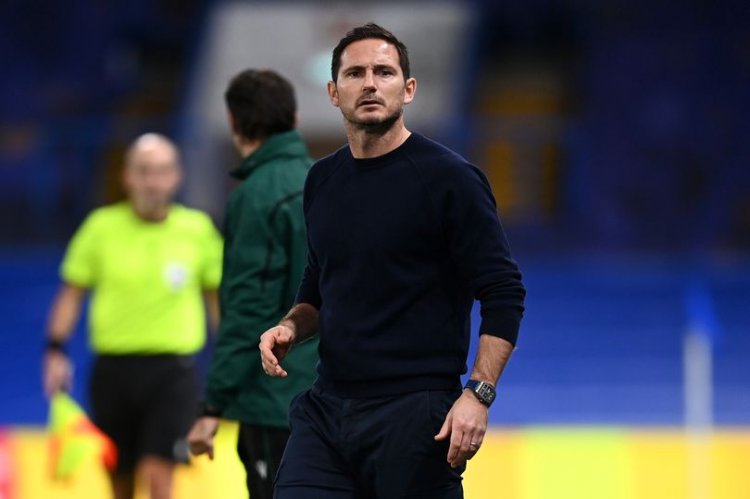 Team news, how are Thiago Silva and Christian Pulisic?

"Both are fine, we've got a pretty clean bill of health on that side, other than Kepa who has a shoulder issue so won't travel to Manchester.

"The only other player out is Billy Gilmour who is obviously long-term, but he'll be back soon.

"Petr Cech's not coming in that capacity, not the one you're getting at."

Cech, you amazed of the coverage that received?

I suppose if you're Petr Cech and you've been one of the best goalkeepers, in my opinion the best in the Premier League era, it was always a big story.

Goalless draw, has that restored the confidence in defence?

"My job is to constantly to analyse what was good and what was bad, some parts of our game were still not as good as I wanted to be, off the ball.

"Now defending the box and our resilience certainly was.

"And that really, really pleased me.

"That's always going to be constantly what we're trying to work on, but the simple answer is I'm happy with the clean sheet and we keep going."

Are they even more unpredictable than you, Man United?

"I think the league's unpredictable, you can analyse all the games; you talk about certain games were big teams have conceded a lot of goals or there have been big turnarounds in games.

"We've been part of one of those, and so have others.

"So I'm not interested in that, I think MU are a very good team, we've played them enough last year to know that and I'm not concerned in what might have happened in games before. We'll take them at face value."

European Premier League, thoughts on that?

"I don't know, and I don't want to comment on something I've read a headline on.

"It's so far away from me I don't know the detail, I'm thinking about Manchester United.

"And that's not me dodging the question, I just don't want to start giving detail on something I don't understand.

"We're concentrating on the PL and MU, and it's as simple as that."

Are you seeing signs of the team coming together more?

“I am seeing some signs of that but I know that there are players coming in trying to fight for our first XI. A lot of them had injuries coming in and some are younger as well. I am seeing signs and I am seeing signs of where I want us to improve in every game. I’m not getting ahead of myself. I knew this would take some time without the pre-season. It’s real life games, which is not always great so that’s why I expect us to get better. We need to keep working because it’s not a perfect situation when you have new players and you don’t have the training time. But we keep working.”

Is this season a more open season?

“I think there has been an uncertainty in life and the game which has brought an unpredictability, which we have seen. We only have to focus on ourselves and what we possibly can do. We have belief in the squad and it will take some time, but we have the quality in the squad. We will see how things level out as the season goes on. I don’t want to predict too much about the season and what it will look like. It’s far too early to predict what might be different or not.”

Is this still a really big game, Man United vs Chelsea?

“It certainly does. We have played them a lot, in two cup competitions as well as the league. They are a quality team, individuals and organisation. They went to Paris and got a fantastic result, and everything is very close in the league. It’s an opportunity to get some very hard-earned points, but it will be a tough match.”

How important will the matches between the top four and big six be?

“It’s so early to assume anything, whether there will be runaway winners or not. It’s early knockings and if you think about the different starts that teams have had and being able to work going into this season. The games against teams around you will always be great for confidence if you play well and get a result. But over the course of the season there is a lot more to it than that. Games that you can grind out, certainly last year we were not so strong grinding out points at home that we should have done and that definitely effected our league position. We have to see it more well-rounded than that, but when you come up against a big competitor then it is great to win the game..

Do you want your players to have strong personalities in their lives as well and does it feed into them being a good player?

“Yeah I certainly think it does. When I look at the squad I always want to grow the idea of leaders in the group, personalities in the group. Over the course of long, difficult seasons where we play so many games there will be moments where you rely on people to help you in tough times and also to push your good times along and really improve every day. I don’t think you can get high in elite sport, any elite sport without people with personality and character in your team. And I have seen that with Hakim [Ziyech] and Edouard Mendy as soon as they came through the door. Hakim has a confidence about him. With his fitness, he still needs a bit of time to get his actual match fitness now his injury has cleared up. But both will be great additions and I encourage strong communication between the squad.”

How difficult is it to integrate Ziyech when the games come thick and fast?

“It is very difficult because we have a bubble here at Cobham. We can’t play against the U23s or bring over a lot of kids to replicate an 11v11 game. That is generally where you would want someone to be working when they have not played four or five months at the back end of an injury. We missed that, so we have to do the best we can, train the best we can. Find the right way to give Hakim minutes, and others in the squad, because a few of our squad did come in with a few issues and try to get that as quick as we can. That is challenging.”

Mikel Arteta accused of being dishonest to Arsenal fans over treatment of Mesut ...

Biggest soccer events in 2023: A busy year for the sport

Potter says Chelsea job is the hardest in soccer