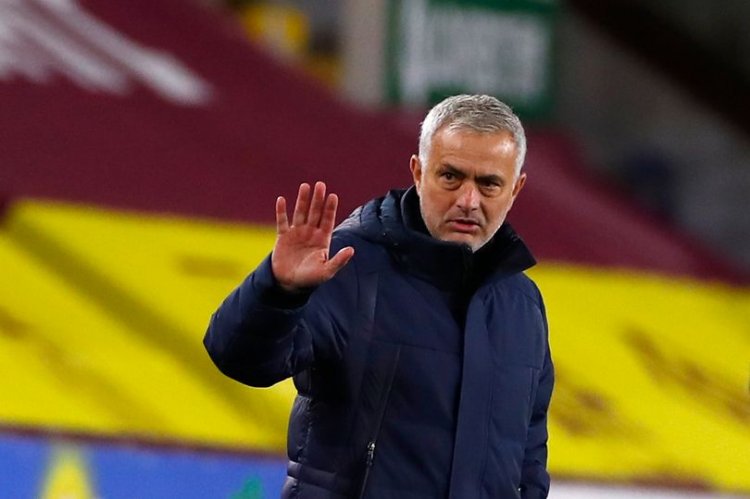 Are these the kind of nights to can contribute to something special?

When you want very much to win matches it's something very special. I don't change my speech. I want the team to go to every stadium at home, away, Europa League and Premier League and go to every match to win. Then you lose, then you draw but you go to win. It's something very special. I believe it's a change of mentality, it's a change of philosophy.

Tonight was a match I knew something from the beginning. I've come here since 2013, I know Sean [Dyche], I know Burnley and I know how difficult it is to play against them and I knew we couldn't play the way we like to play. But we cope well with difficulties Burnley gave us on the pitch and three important points for us.

To what extent do you consider your team to be title contenders?

I will never consider ourselves title considers. I assume that every match we play – doesn't matter where or against who – we go to win. Every match I will tell the players a draw is not the result we want. Doesn't matter where. I will take that position of let's see what happens.

I don't have anything more than this to promise. But we need to keep ourselves very balanced. Today I was speaking to Joao and Ledley about changes during the match but in the end we need to keep the balance. This is the kind of match where if you risk too much you have the risk of losing it. And with the level of the attacking players we have, even not playing well and creating lots of chances, there is always the chance to score a goal, which we did. And the last 15 minutes we managed the game very well.

With the combination of Son and Kane is that something they can work on on the pitch or is it something that more an instinctive partnership?

They play together for quite a long time. They were in the team that's different from this team but they played together for a long time and that immediately gives a good understanding between the players. The way we're trying to play I believe goes in the direction of their qualities. They're enjoying, they're very good friends, which I think is also very important.

When you have top players in the team it's important that the personal relations is very, very good. Because in the end there are no egos - I score, you score - it doesn't matter who. What matters is us as a team, as a club. It's amazing - they're two fantastic players. Today we were a team, and we were a team suffering together after West Ham. I was also happy with that. I had immediately that feeling. We felt the pain of that together, and today we are enjoying.

There was no Dele on the bench, is that a case of too many attacking players?

You know I feel very bad we did, I feel even sad every time I have to write a list of players selected for a game. It's not just about Dele. But if the players understand Thursday we have another match and that some people who didn't play are going to play Thursday. And vice versa. If they understand this. This is the life of a big club, the life I know from my times in Real Madrid, Inter, Chelsea. I know that. So the boys have to be ready.

You said earlier in your time at Tottenham that they were too nice, is this the kind of game you have to prove you aren't nice?

This is the kind of match, I repeat, with all the ingredients for you to lose two points and sometimes three. We prepare the game well, but it's a game that without character, without that determination, we leave points in here. I'm very happy. Maybe Thursday we don't do something with Antwerp, but I have the feeling again that after we felt the pain the boys channelled that pain in a positive way, which was tonight it is not going to happen, we are not going to concede. It was a difficult match to score goals so if we are not going to score lots of goals we are not going to concede. And everybody together fought for that.

Martin Keown reveals the one mistake Mikel Arteta must correct to achieve succes...

Where to find Leicester vs. Newcastle on US TV

How To Bet On The Sun Bowl In Texas | Best Texas Sports...