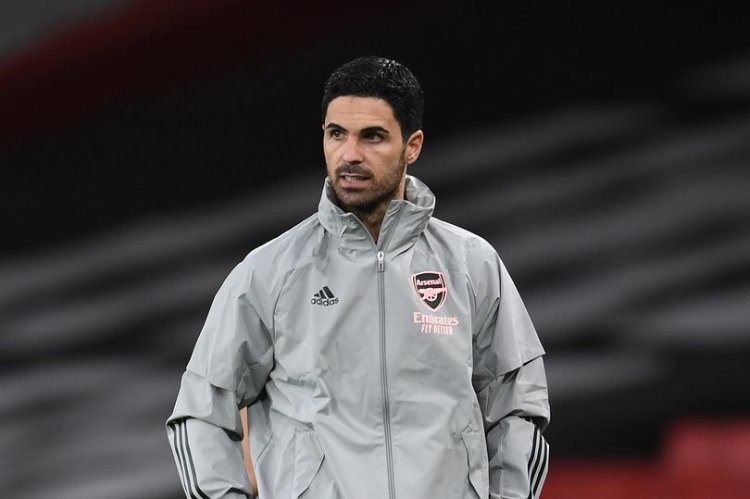 Arsenal will be looking to return to winning ways in the Premier League this afternoon.

The Gunners are back in action three days after beating Dundalk 3-0 in the Europa League as they take on a Manchester United side who are yet to win at home in the league so far this season.

It finished all square in the corresponding fixture last season and Mikel Arteta has outlined what makes Ole Gunnar Solskjaer's side such a threat.

"They create really good relationships and they are all very different," Arteta said. "They glide together, they have some really good understanding and chemistry on the pitch. You can see that.

"I think that since the lockdown, Ole has managed to improve that a lot and you can see that at the end of the season, the amount of goals and types of goals they were scoring.

"They are a threat.

"They can play two or three different formations. We know that they've been changing some things because of the opponents sometimes, because of the quality of the players they have, and sometimes to change the game in certain moments.

"We have to be prepared for that because they have that adaptability, they have a big squad and up front they have a lot of options as well to do different things."

For this afternoon's clash against the Red Devils, Arteta will be without as many as eight first-team players as David Luiz, Pablo Mari, Rob Holding, Gabriel Martinelli, and Matt Macey miss out through injury.

Meanwhile, Sokratis Papastathopoulos and Mesut Ozil are ineligible after not being named in the 25-man Premier League squad.

Calum Chambers is back in full training following a serious knee injury, but doesn't appear to be available for selection just yet.

Although, the likes of Hector Bellerin, Alexandre Lacazette, Bukayo Saka, Thomas Partey, and Pierre-Emerick Aubameyang are in contention to return to the starting XI after being rested for the win over Dundalk.

With that in mind, Arteta has no other fresh injury concerns as he looks to guide Arsenal to their first away win against a 'top-six' side since 2015.

The FA charge Arsenal, and I kinda like it

Bengals’ Sam Hubbard Says He ‘Will Never Replicate a Fe...