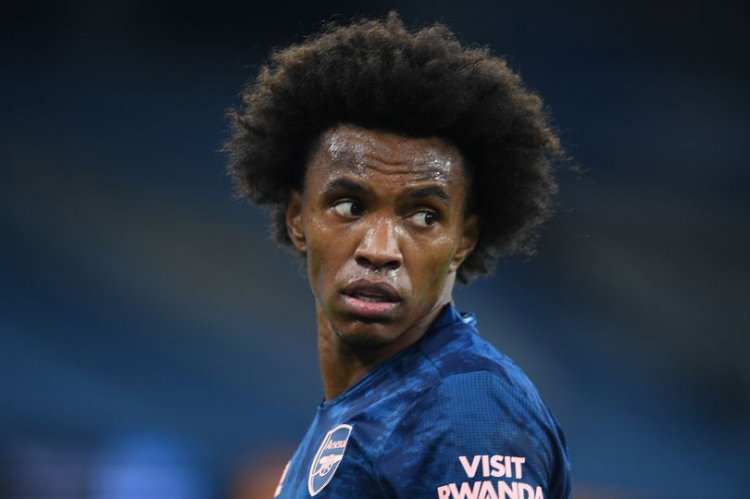 Willian joined Arsenal on a free-transfer in the summer after leaving Chelsea. (Image: Stuart MacFarlane/Arsenal FC via Getty Images

Mikel Arteta believes Willian can make the difference for Arsenal this season and puts his inconsistent form down a lack of pre-season and constant changes in the Gunners front three.

The Brazil international arrived on a free transfer in the summer after his contract with Chelsea expired.

After assisting three goals on his debut against Fulham, the 32-year-old was expected to become a regular threat in the final third but he has been unable to exert his influence on games for much of the season.

However, Arteta puts Willian's inconsistencies down to a mixture of things, including a lack of pre-season and the fact that he needs time to build relationships with the attacking players in different tactical systems which the Spaniard deploys.

"I think he started really well with his first game against Fulham," said Arteta.

"We've been changing the front three, he had an injury and he didn't have any time to train, any pre-season - he was later than the others.

"They need to generate that cohesion , that understanding. The relationships on the pitch between the front players and wide players in order for things to work better."

"I can see a development in the last two games. The understanding of things I ask them to do is probably different to what he's used to, but he's getting better and better. We all know the quality he has and he's a great option to have on the pitch."

Arteta currently favours Willian over Nicolas Pepe in the right side of his attack. This season, he averages 1.2 key passes per 90 minutes and only 0.3 dribbles per 90 minutes in the Premier League.

There were questions raised over the length of the contract offered to the former Chelsea midfielder due to his age, but Arteta believes the experience and quality he provides in the final third will eventually pay off.

"I think he's a player that can make the difference. He's got the ability to find that last action to open the door when everything is really tight, to score a goal, to create an assist.

"As well the personality and stamina he has on the pitch to manage the game we need to in certain moments and at Old Trafford I think he did that really well."

Four players who have shown Mohamed Elneny how to become a success under Mikel A...

Trossard wants to leave Brighton after being dropped

Inter win derby to go second in Serie A