Everton have signed defender Ben Godfrey from Norwich City in a deal worth an initial £25m, potentially rising to £30m. 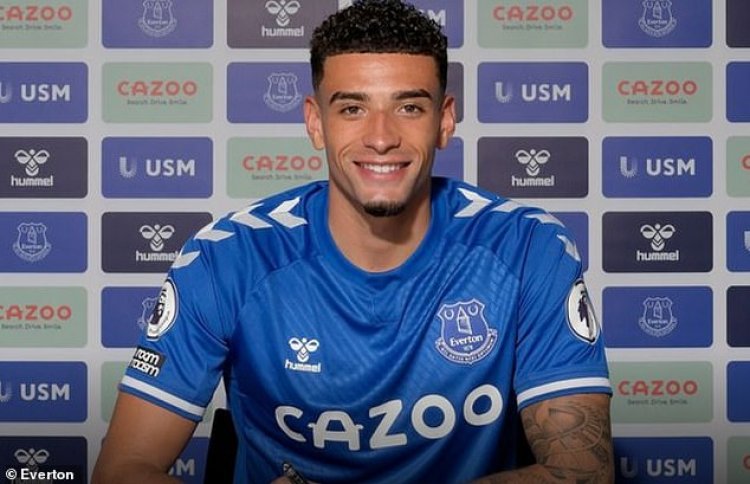 The 22-year-old has signed a five-year deal and becomes the high-flying Toffees' fifth signing of the summer.
That Norwich City backline that leaked about a million goals last season and went down have done alright for themselves, haven't they?

Godfrey, 22, joins the Toffees on a five-year contract.

He is Everton's fifth signing of the summer after midfielders Allan and Abdoulaye Doucoure, playmaker James Rodriguez and left-back Niels Nkounkou.

"It is an honour to sign for Everton and to be part of a huge club," said the England Under-21 centre-back.

"This is a club full of history that has an exciting team full of world-class players who will help me kick on to the next level. I am looking forward to working with them and, hopefully, having great times with Everton."

Everton are the early Premier League leaders after an impressive start which has included four wins from four games.

However, manager Carlo Ancelotti wanted to increase his options in defence after injuries to Mason Holgate and Jarrad Branthwaite.

"The manager's past speaks for itself," said Godfrey, who will join the England Under-21 squad this week for Euro 2021 qualifiers against Andorra and Turkey.

"He has worked with some top-class centre-backs. I will be able to learn so much from him and he is going to help me get to that next level, which is where I want to be."

He made 30 top-flight appearances last season as the Canaries were relegated back to the Championship.

The fee is a record received by the Canaries, eclipsing the previous mark of £20m - plus £4m in add-ons - from Leicester for James Maddison in 2018.

York City are in line to receive about £2.5m as part of the switch, having negotiated a sell-on clause as part of his move to Carrow Road.