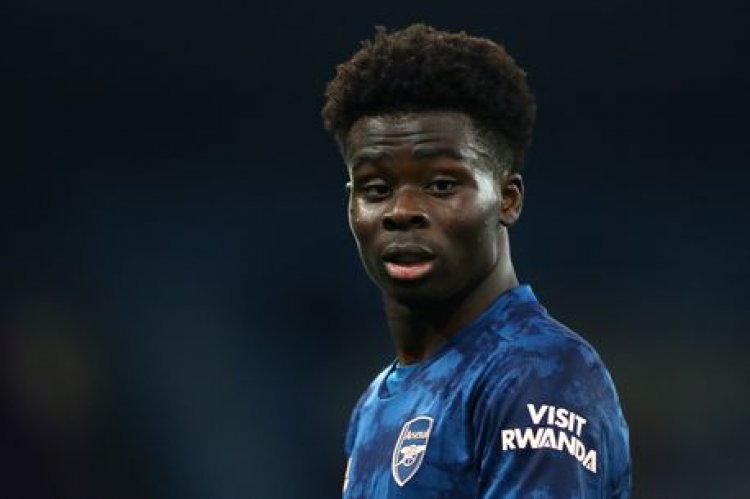 Arsenal lost their second game of the Premier League season on Saturday evening, going down 1-0 to Manchester City, for whom Raheem Sterling was on target, at the Etihad Stadium.

While an improvement on their last league meeting with Pep Guardiola's side, which ended in a 3-0 defeat, the Gunners still lacked ideas in the final third, with Pierre-Emerick Aubamayang marginalised for much of the contest.

JoriPress' Arsenal reporter Chris Wheatley rated all of Arsenal's players' performances in the defeat, and one man stood out: Bukayo Saka.

He received an 8/10 rating after excelling once more in the left wing-back role. Meanwhile, Gabriel impressed in defence, as he continues a promising start to his Arsenal career.

Arteta sprung a tactical surprise in Arsenal’s defeat to City. He dropped Alexandre Lacazette as the lone striker and used Willian in a false-nine position, flanking the Brazilian with Nicolas Pepe and Aubameyang.

Willian, an out-and-out winger, has rarely played through the middle in his career and struggled to impact the game.

And understandably, supporters were a little confused by Arteta’s choice, especially considering the growing shouts to see Aubameyang used as a centre forward.

“Both managers are trying to be too clever here,” one fan wrote on Twitter in response to Pep Guardiola’s equally as surprising set-up.

Another asked: “Why is Willian playing as the central striker and Aubameyang still on the left?”

That frustration was echoed by one final supporter: “What sense does it make for Aubameyang to play on the left and Willian through the middle? Why does Arteta keep overthinking this?”

Following the international break and the closing of the transfer window, Arsenal supporters were intrigued to see how Arteta would set up his team against Manchester City, especially given deadline-day signing Thomas Partey was available.

“Best team possible,” Eduardo Hagn said. “Of course, Partey should be starting but he’s only had two training sessions. Clear sign that Willian-Auba-Pepe will be the way forward.”

Paul Iubega, meanwhile, was extremely excited about Partey’s potential debut from off the bench. “Partey will come on as the dangerous substitute in the second half,” he said.

Finally, Brad said: “Anyone complaining about Partey not starting is clueless. He’s been here five minutes, calm yourself.”

William Saliba has shown Mikel Arteta that he fits the ...

Kevin Durant to be Re-Evaluated In Two Weeks Due To Kne...