All the very latest Arsenal news, views and transfer rumours ahead of the Gunners' Premier League clash against Liverpool on Monday evening at Anfield 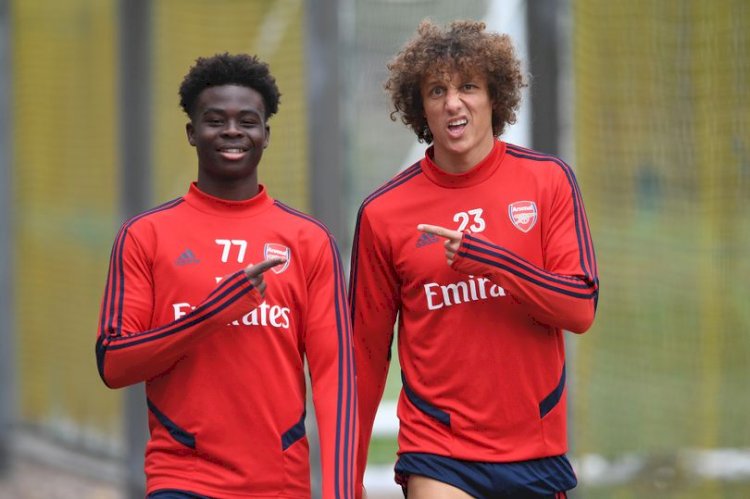 Arsenal progressed to the last-16 of the Carabao Cup last night with a 2-0 away victory over Leicester City at the King Power Stadium.

An own-goal from Foxes defender Christian Fuchs and a late strike from Eddie Nketiah for the second game in succession helped Mikel Arteta's side progress to the fourth-round and book a potential date with Liverpool.

After league wins over Fulham and West Ham United in their opening two league outings of the season, Arteta opted to shuffle his pack somewhat, making seven changes to the side that defeated the Hammers on Saturday.

But it was one of the four that retained their place that stood out best, with Bukayo Saka starring in the left-wing back role.

His performance earned him a strong rating in our Gunners player ratings.

Winger Reiss Nelson could leave the Emirates Stadium before the transfer window closes in a little under two weeks time.

According to The Athletic, as cited by football.london, the winger will be allowed to exit the club on loan in the hunt for more regular first-team football before the window closes on October 5.

It was only recently that Arteta was quizzed about Nelson's future, and he hinted that a loan move could be the best scenario for the former Hoffenheim loanee to try and build up his experience.

rteta said: "I think we both agree about how much he’s improved in the last few months and he’s going to carry on pushing himself and the rest of the team.

Arteta has set Arsenal centre-back David Luiz the task as acting as a mentor for both Gabriel Magalhaes and William Saliba following their arrivals in England.

Gabriel joined the Gunners from Lille last month whilst Saliba returned to the Emirates Stadium over the summer after returning to St Etienne on loan last season following his original move to North London last summer.

With both players expected to take time to get up to the levels that the Premier League requires, Arteta has confirmed that Luiz will have to play the role as mentor to make their transition to English football as smooth as possible.

"I think he is a really good role model for them, for who David is as a person and as a player and everything he has achieved in the game – I think they are lucky to have him around," Arteta said.

Seahawks and Dolphins Secure Last Play-off Spots As The...

Juventus could be banned from UEFA competitions