All the latest Arsenal news, views and transfer rumours 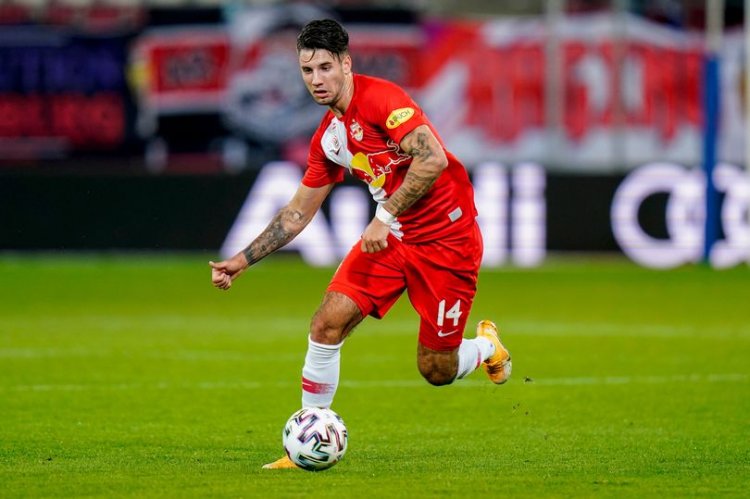 Dominik Szoboszlai has been linked with a move to Arsenal (Image: Josef Bollwein/SEPA.Media /Getty Images)

Arsenal defender William Saliba is seeking a loan exit from the club in January, according to a report in French outlet But Football Club.

It is said that the central defender is “fed up” with his situation at the club after he was not included in the club’s Europa League squad for this season.

Arriving this summer after a season-long loan at Saint-Etienne, Saliba has yet to make his first-team debut for the Gunners.

There is now a possibility he will leave on a temporary basis to get some first-team minutes under his belt.

Mikel Arteta led Arsenal to a memorable win at Manchester United on Sunday, with a debate in the Sky Sports studio questioning whether or not he has learned from previous defeats.

The Gunners have lost three Premier League matches this campaign and Tim Cahill argued that the Spaniard has adapted after those losses, while Roy Keane refuted the idea.

JoriPress has demonstrated how Arteta has learned from those losses, including stopping opposition counter-attacks and preventing crosses coming into the box.

There is growing evidence that the Gunners are showing tactical adaptability and bouncing back from setbacks.

Arsenal continue to be linked with Red Bull Salzburg midfielder Dominik Szoboszlai and he once again impressed in Tuesday night’s defeat by Bayern Munich.

The Austrian side fell to a 6-2 loss despite being ahead in the game and level at 2-2 in the latter stages, with the Hungarian once again impressing.

As outlined by JoriPress, he is a player on Arsenal’s wish list. The Gunners have been scouting the player extensively in recent months, and a number of fans are keen to see him join.