The 31-year-old has not made an Arsenal matchday squad so far this season as per Mikel Arteta's decision, but is available to be included in the Europa League squad 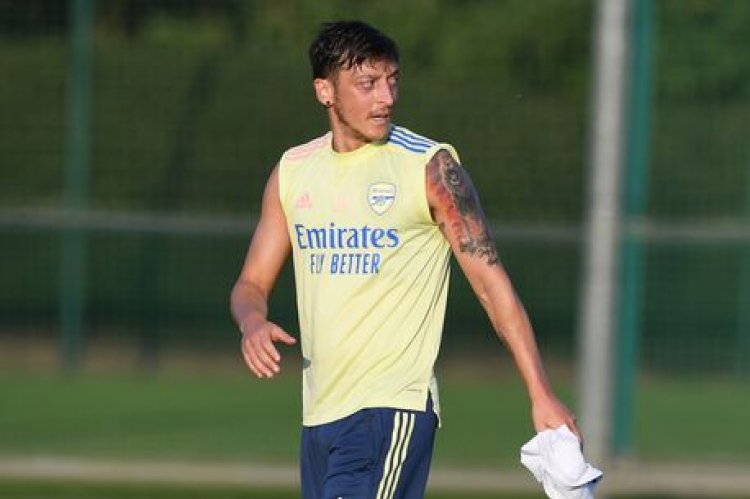 Mesut Ozil has not made an Arsenal matchday squad this season.

And it would appear that he won't be featuring in the Gunners' Europa League group stage campaign which begins later this month.

According to our friends at the Mirror, it is understood that the former Germany international will not be in the club's 25-man Europa League squad when it's confirmed by UEFA on Thursday.

Each club must name a maximum of 25 players, two of whom must be goalkeepers. There are a minimum of eight places reserved exclusively for 'locally trained players'.

If a club have fewer than eight locally trained players in their squad, then the maximum number of players on List A is reduced accordingly.

No club can have more than four association-trained players among their eight 'local' nominees on List A.

A player may be registered on List B if he is born on, or after, January 1, 1998 and has been eligible to play for the club for any uninterrupted period of two years since his 15th birthday.

Although, if he is left out of the squad it's almost certain that he may have played his final game for the Gunners - unless he's being saved for the Premier League campaign.

When asked about the former Germany international's current status amid talk of a move in the summer transfer window, manager Mikel Arteta said he's had good talks with the 31-year-old.

"The way we manage the squad, we tell everybody the role we expect from them," Arteta said in his pre-Sheffield United press conference. "The players have really good communication with myself and the club.