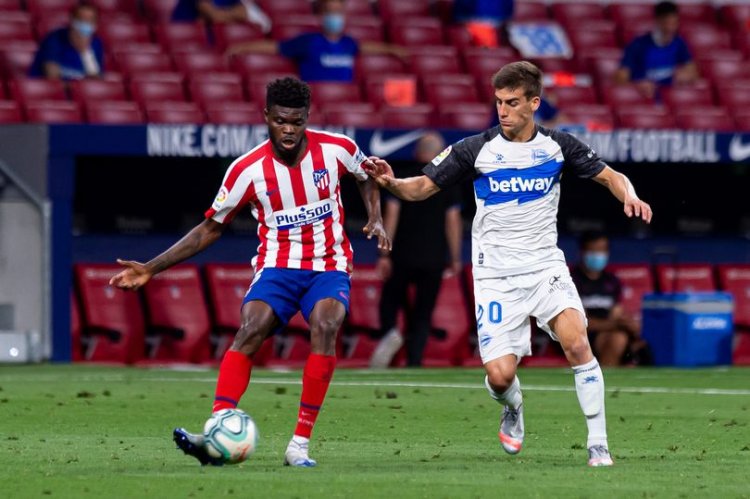 There is one more match to go in the international break, with some of Arsenal's players preparing to play again for their countries.

Once they return to north London, the Gunners will get ready to face Manchester City on Saturday as the Premier League resumes.

Before the break, Arsenal recorded a 2-1 victory over Sheffield United at the Emirates, and Arteta will be hoping to continue their winning ways against his old employers.

Arsenal's newest signing is in line for his Gunners debut against Manchester City on Saturday, having played for Ghana in their 5-1 friendly win over Qatar in Turkey.

According to reports, the midfielder will return to London Colney on Wednesday ahead of Arsenal's trip to the Etihad, and all going smoothly, will be in contention to play against Pep Guardiola's side.

Arsenal captain Pierre-Emerick Aubameyang has not reported for international duty with Gabon.

The 31-year-old was initially called up for Sunday's clash against Benin.

However, it has since been revealed that he sustained an ankle injury during the Gunners' 2-1 win over Sheffield United last weekend and has had to withdraw from the squad.

"After the withdrawal of Mario Lemina, another executive, Pierre-Emerick Aubameyang, will not be present to face Benin in a friendly match on October 11 in Lisbon," a statement reads.

According to coach Patrice Neveu: "Aubameyang suffers from a small sprained ankle, contracted on Sunday, during the Premier League match against Sheffield.

"The Arsenal doctor sent me a certificate indicating his unavailability.

With that said, it's not all bad news for Gunners fans as well as manager Mikel Arteta ahead of the clash against Manchester City.

As spotted in Wednesday's training session at London Colney, Aubameyang was present alongside the likes of Mesut Ozil, Shkodran Mustafi and Alexandre Lacazette.

Scotland international Stuart Armstrong was diagnosed with coronavirus, the Scottish FA confirmed last week, and Tierney's alleged close proximity to the midfielder means he has been advised to begin a two week period of self-isolation.

Tierney's isolation would appear to rule him out of Arsenal's Premier League game against Manchester City.

But the Gunners released a statement lastWednesday, to clarify their position.

There has been no further update on Tierney's situation, although Arsenal are expected to provide a new statement this week.

It's understood the move is down to tactics and Mikel Arteta's choice, rather than the German international having any sort of injury though.

The Greek has been tipped to leave the club this summer, with Napoli and Paris Saint-German linked with a move.

Martinelli was initially ruled out until the end of the year with a serious knee injury.

But the forward now says he could be back in training for Arsenal soon after making rapid progress in his rehabilitation.

“I’m feeling very well, I’m regaining confidence and I can feel my knee is better,” he told the Arsenal website.

Where to find Liverpool vs. Chelsea on US TV

US Soccer wants Jose Mourinho as next head coach