The Blackstars outclassed Qatar in an international friendly game which ended 5-1. 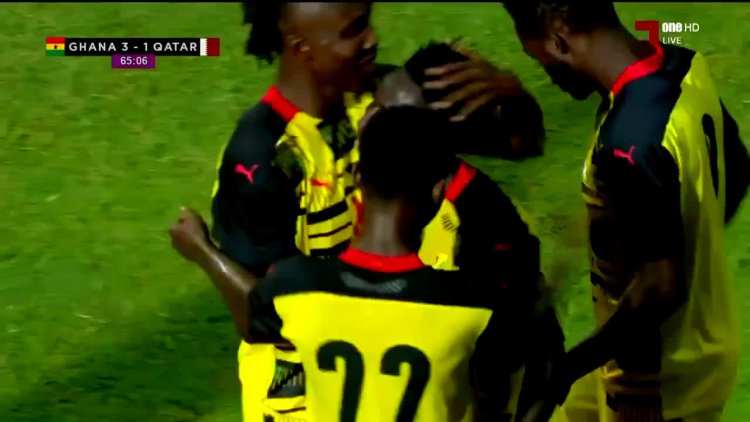 This game for many arsenal fans came with alot to expectation from their new signing Thomas Partey,

who since his signing, was yet to feature in his country's international engagements having missed

the first game that Ghana lost to Mali which made his missing more pronounced. for the game against Qatar,

Playing as an attacking midfielder, the 27-year-old provided two assists in his side's 5-1.

He set up his side's second, with Andre Ayew latching onto his defence splitting ball and finishing with aplomb. There was an element of fortune about it but he would definitely tell you he meant the pass.

His second assist of the game was absolutely sublime. Partey played a pinpoint ball over the top that Samuel Owusu ran onto and finished past the goalkeeper.

He nearly got himself on the scoresheet late on as he stung the hands of the goalkeeper after a driving run.

Arsenal fans clearly have a lot to be excited about.

You could argue that it was 'only Qatar' he was playing against but, regardless of the opposition, you've got to admit he put in a classy performance.

He is going to be very important this season as Mikel Arteta's side look to return to the Champions League.

Arsenal to face Benfica in the Europa League Round of 32