'Kepa brought him out of retirement!' - Chelsea fans in meltdown over Petr Cech announcement

Latest Chelsea news includes fan reaction to Petr Cech being named in the Blues' 25-man Premier League squad for the 2020/21 season, the goalkeeper retired in 2019 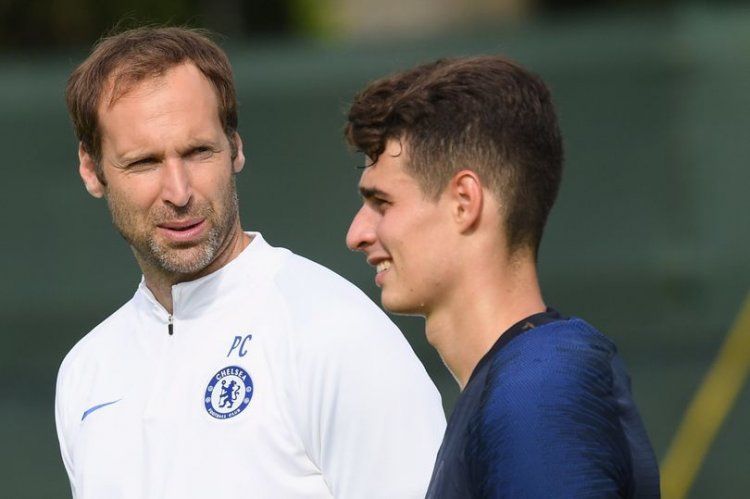 Petr Cech has been named in Chelsea's Premier League squad alongside the likes of Kepa. (Image: Darren Walsh/Chelsea FC via Getty Images)

Chelsea supporters have taken to social media and are reacting to the club's surprising decision regarding Petr Cech.

Premier League clubs were required to name a squad of 25-players by 2pm yesterday.

Within that 25, eight must be homegrown, and clubs are only permitted to select a maximum of 17 foreign players, but there are no limits on the number of under-21 players which can be used by clubs throughout the season.

The Premier League describes a homegrown player as someone a player who "irrespective of nationality or age, has been registered with any club affiliated to the Football Association or the Welsh FA for a period of three seasons or 36 months prior to his 21st birthday".

If a team doesn't have enough homegrown players then they must reduce their squad to accommodate the amount of missing homegrown players, or fill the shortfall by naming an Under-21 player instead.

For Chelsea, the usual suspects such as N'Golo Kante, Jorginho, Christian Pulisic, and Mateo Kovacic have all been named in the squad.

Kai Havertz has been named among the under-21 players alongside the likes of Mason Mount, Billy Gilmour, Reece James and Callum Hudson-Odoi.

However, the big surprise is that Petr Cech has also been included and it's not an administrative error.

"Petr Cech has been included in the squad as emergency goalkeeper cover," a Chelsea spokesman said. "This is a precautionary step due to the unprecedented conditions currently caused by the Covid-19 crisis. He takes up a position as a non-contract player."

Cech's inclusion has prompted a massive reaction on social media.

Cech retired from playing in 2019 with Arsenal before returning to Chelsea last summer, but has been in and around the training ground this season with his gloves back on.

"Having Petr train with the goalkeepers and bring his experience is a great thing, because he has great quality," head coach Frank Lampard has said. "I think he retired pretty young so he is training and keeping fit, which is healthy for him and for the goalkeepers in the squad. And that is as far as it goes.

“It is something that is really positive for the goalkeepers and Petr enjoys doing it. So why not give back and give that experience to the goalkeepers?"

What soccer games are coming to Peacock in January