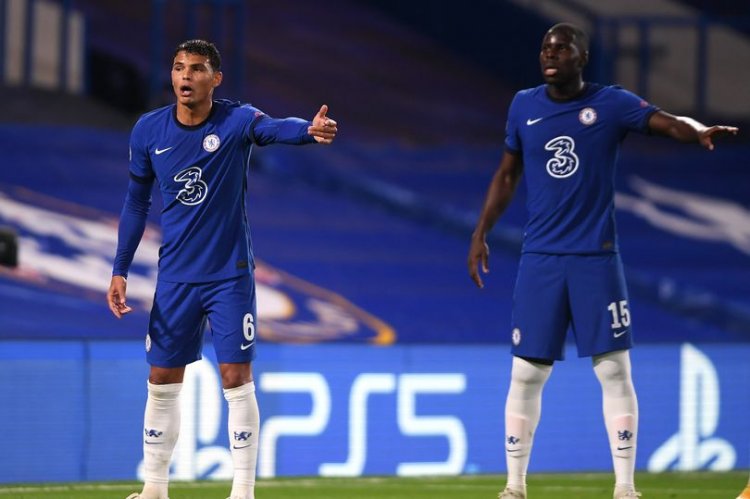 Frank Lampard will be delighted with Chelsea's goalless draw against Sevilla in their Champions League group stage opener.

So far this season, Chelsea have been amongst the goals, netting 13 times in their opening five Premier League games, and a high-scoring encounter was expected at Stamford Bridge.

However, after recalls for Edouard Mendy and Thiago Silva, Lampard's side kept only their third clean sheet of the season across all competitions.

And after two 3-3 draws already this term, Cole is adamant that Lampard will be happy with the point.

"I think Frank will be very pleased with that, because you have to remember Chelsea have conceded three goals twice this season against teams they should be beating," Cole said on BT Sport.

"There's been individual errors, they haven't looked aggressive, haven't looked like a team capable of keeping clean sheets, but tonight they were gritty, they were determined, good coaching.

"That man there [Mendy], he put an air of calmness. I'm watching him and he holds the ball well, plays out from the back and makes saves when he needs to make them.

"Thiago Silva - outstanding. So I think Frank will be delighted with that and I think is something to build on."

Meanwhile, Michael Owen has stated that Lampard has unearthed his best back five.

"I think tonight is important, but I think this clean sheet is even more important for the future," Owen added. "Just to get that belief back in and confidence.

"That's probably their best back four on display tonight, plus the goalkeeper.

"So, I think with them keeping a clean sheet, Frank Lampard can all of a sudden now breathe a sigh of relief and start looking at the front end of the pitch and start scoring some goals again."

Next up for the Blues is a Premier League clash against Manchester United at Old Trafford on Saturday evening.

The Red Devils will go into the game on the back of beating Paris Saint-Germain in their Champions League opener and have the attacking options to test Chelsea's defensive resolve.

'Kepa brought him out of retirement!' - Chelsea fans in meltdown over Petr Cech ...

Where to find Real Madrid vs. Valencia on US TV