Mikel Arteta’s Gunners may need to be creative in the transfer market this summer, with Arsenal looking to strengthen the squad ahead of the new Premier League season 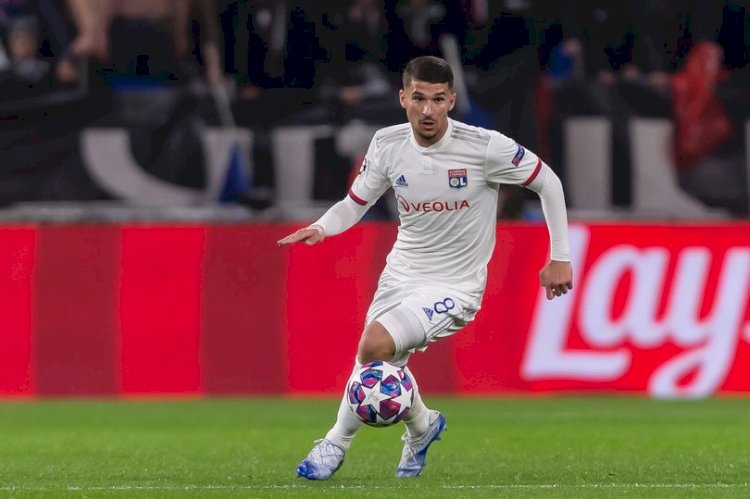 Arsenal remain interested in Lyon’s Houssem Aouar, but they may need to get creative in the transfer market this summer if they’re to get their hands on the highly-rated playmaker.

It’s been confirmed that the Gunners floated the idea of selling Matteo Guendouzi, who was frozen out of the first-team picture by Mikel Arteta towards the end of last season, as part of a potential deal with Lyon.

However, Lyon stated that they’re uninterested in a player of the Frenchman’s profile and have rejected the idea outright. But that’s not to say that Arsenal don’t have other assets that they could offer the Ligue 1 club in pursuit of their top target.

Here are five players that Arsenal could look to offer as part of a potential deal for Aouar.

A couple of enormous caveats apply, namely that the former Germany international would unlikely be interested in moving to a Ligue 1 club that can’t promise European football, not to mention Lyon’s inability to match his wage demands.

But Mesut Ozil is increasingly becoming a major headache for Arsenal, given he’s the highest earner in the squad and seemingly has little role to play under Arteta. Getting him off the wage bill ought to take priority for Arsenal, even if it means loaning him away and paying a proportion of his wages.

As for Lyon, on a purely footballing basis they will be in need of a creative presence in midfield if Aouar is to depart. If the 31-year-old can recapture his form and fitness, he’d be a serious force in Ligue 1.

Lyon sporting director Juninho Pernambucano has revealed that he spoke with Alexandre Lacazette about a potential return to the club that sold him to Arsenal for a reported £46million fee back in 2017.

“In January I called Alexandre Lacazette to chat a bit with him,” he said, via The Mirror .'

"He was having problems at Arsenal and I said to myself: 'Why not do a loan for 6 months with us where you will enjoy yourself, play all the games and score the goals like you know how to? And then you go back to Arsenal or somewhere else.”

Lacazette, born and raised in Lyon and an academy graduate of the club, scored 100 Ligue 1 goals in 203 appearances for them. Reportedly keen to leave Arsenal in search of more first-team minutes this summer, a reunion with his boyhood club could suit all parties.

The Lyon sporting director also said that the club would be unable to offer him a permanent deal, but Arsenal could try talking them round in a cash-plus-player type arrangement for Aouar. Lacazette is their most lucrative asset, at least in terms of players that they’re reportedly willing to offload.

The Greek international is reportedly free to find a new club following the arrivals of Gabriel Magalhaes and William Saliba.

His value is a fraction of Aouar’s, but he could be a handy makeweight in any such deal - Lyon could well be in the market for a new centre-half after allowing Marçal to sign for Wolves.

Another one that appears unlikely to have a prominent place in Mikel Arteta’s plans for the season, at 27 years old and contracted until 2022, Arsenal could feasibly still command a respectable fee for Sead Kolasinac.

The stocky Bosnian left-back has made over a hundred appearances for the Gunners since arriving from Schalke in 2017. With starts becoming increasingly limited amid the rapid rise of Bukayo Saka, now would be a good time to try and cash-in.

The Sun report that Arsenal are considering a £21million bid from Torino to bring Lucas Torreira back to the club.

That would mean the club sees a small loss on their investment two summers ago, reportedly in the region of £26million, but the money would certainly come in handy for Arsenal as they look to bring in funds to reinvest in new recruits this summer.

Before taking Torino up on their offer, it would be worth considering if Lyon would be interested in his services. Still just 24, Torreira could be a useful bargaining chip in negotiations to bring Aouar the other way.

Tottenham close to pulling off stunning Gareth Bale swoop as defender closes in ...

Arsenal are interested in signing him. Max Aarons deliv...