Can this man replace Kepa, Chelsea fans can have faith in potential Kepa Arrizabalaga replacement for one reason 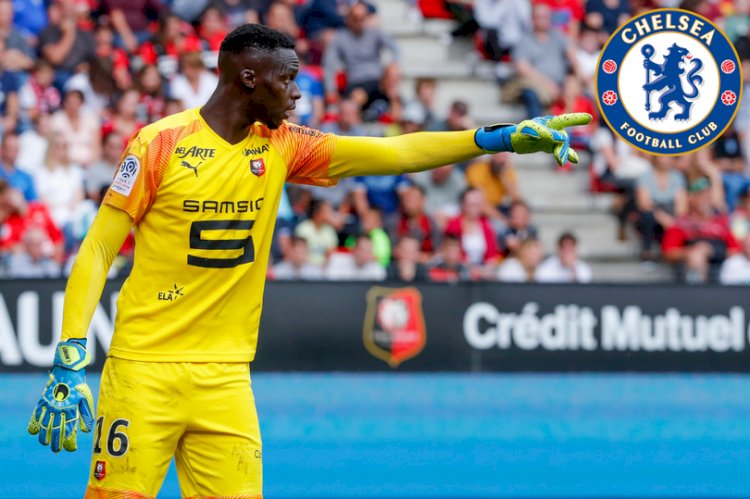 Goalkeeper Edouard Mendy has been linked with a move to Chelsea

While Chelsea have been active in the transfer market, there is still one position they are keeping an eye on.

Kepa Arrizabalaga did not have a good 2019/20 campaign, and there has been a lot of talk around his departure this summer.

The issue with moving the Spaniard on is that the goalkeeper still has five years left on his current contract.

The Blues paid a world record fee for a goalkeeper of £71.6million and getting any of that money back might be difficult this summer.

One option could be to loan the 25-year-old with an option to buy involved in the contract, however the club might be willing to stick with him.

If they can’t shift Kepa then what the club will do is try to bring a player in to really push him.

Willy Caballero has been the man to take over from him when Kepa has been dropped, but he is not seen as a long-term solution.

The Argentine has put pen to paper on a new one-year deal, but he may slip back to being the number three goalkeeper.

Chelsea are looking at bringing in Edouard Mendy from Rennes, with a deal of around £20m being the figure which could snap him up.

For many Blues fans, they might not be familiar with the goalkeeper and be wondering why Chelsea aren’t pursuing the likes of Andre Onana or Jan Oblak.

But why Chelsea fans should have faith in the pursuit for the 28-year-old is the fact Petr Cech and Christophe Lollichon are driving the move.

Of course, the former is one of the best goalkeepers Chelsea have had in their history, while the other was the man who helped him get to that status.

Both men are fans of the shotstopper and believe that he can be the player to push Kepa next season.

"But the club invested in him and gave him a long-term contract because they believe he has the qualities and attributes to be successful.

"Additions will be made to the squad, perhaps even in goal, and this is what is being discussed now.

"But nobody is giving up on Kepa and we all hope he has a great future."

With Mendy being backed by two key men at the club, there is faith it could be a good decision from Chelsea to bring him in.