Keep up to date with all the latest Arsenal transfer news, views and rumours in JoriPress' daily live blog as we approach the end of the transfer window 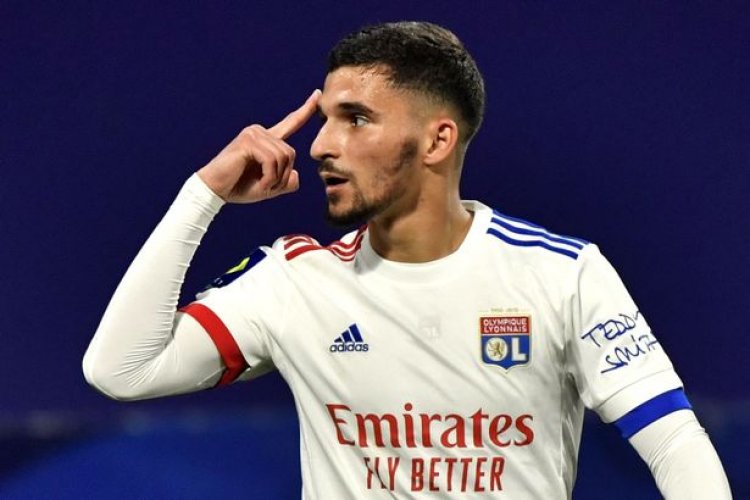 The Gunners returned to winning ways last night - and in emphatic style! Pierre-Emerick Aubameyang scored a sublime hat-trick with Nicolas Pepe, Bukayo Saka and Alexandre Lacazette all finding the net as well.

Off-the-pitch, it could be a very important last few days of the summer transfer window for Arsenal.

Some of Mikel Arteta's squad are being linked with a move away before the window closes, while Edu could be busy in order to complete any last minute deals.

The likes of Kieran Trippier and Houssem Aouar are being linked with a move to the Emirates Stadium, and you can find out more about the duo in today's blog.

Stay tuned throughout the day so you don't miss a single development.

Arsenal boss Mikel Arteta has issued Pierre-Emerick Aubameyang a warning despite the Gabonese frontman netted a hat-trick against West Brom on Wednesday night.

“Obviously, this was the first minutes that he’s played with the other night so he needs some rhythm and physically he’s not at his best yet.

“But he looked good tonight. He’s played outside, he can play inside, it would depend on the plan of the game, the players we have available, whether we play with two strikers, it will depend.”

Arsenal have been dealt a blow in their pursuit of Brighton star Yves Bissouma, with Manchester United reportedly interested.

Transfer expert Duncan Castles told the Transfer Window podcast that the Red Devils is one of the midfielders that United are keen on signing this month.

Italian giants AC Milan have been linked with Arsenal wantaway Willian in recent days but transfer guru Gianluca di Marzio has ruled out any deal this week.

The Italian (via MilanNews) spoke about Milan’s pursuit of an attacking midfielder and claimed that Manchester City's and Brazilian winger Willian of Arsenal are unlikely to move to the San Siro this month.

"I think there’s a few positions, holes in the squad," Campbell said. "The right-back, definitely at the midfield knowing it’s not right especially in the middle especially against good opposition.

"A big striker and maybe a midfield attacking-wise, so not much but enough."

"I think he got hit knee to knee. It was sore – he was limping," said Arteta when he was asked about Saka's fitness.

The Spaniard will be hoping his star winger can be fit for Saturday as the Gunners travel to reigning Premier League champions Manchester City.

Arsenal boss Mikel Arteta was extremely pleased with debutant Aaron Ramsdale after he impressed against West Brom on Wednesday night.

“Yes, really happy for him”, he told the media in his post-match press conference when asked about Ramsdale's performance.

“He hasn’t trained a lot with us but you can see the quality that he has. He’s a really young goalkeeper.

“He’s done a lot already in the league, you can see the personality he has when he plays.”

According to Eurosport, Atletico Madrid defender Kieran Trippier would rather move to Manchester United than Arsenal.

The Gunners have been linked with a move for the England international, with current right-back Hector Bellerin wanting to leave the Emirates Stadium.

However, Trippier is said to prefer a move to Manchester.

Arsenal have been linked with Lyon star Houssem Aouar for the past couple of transfer windows.

Now, the French club have revealed that the France international wants to leave before the transfer window closes.

"He’s been playing with us for a while and he aspires to play elsewhere," Lyon's general manager Vincent Ponsot said.

"But if he plays here he will be very happy and so will we. In this system, I think he still has a lot to give."

Lucas Torreira completed a move to Fiorentina, with the Arsenal midfielder joining the Italian club on a season-long loan deal.

The Gunners man was not seen as part of Mikel Arteta's plans for this season and he has now been offloaded.

You can read the full story on Torreira's departure here.

Arsenal midfielder gives a new update on his future as ...