Though Uganda experienced reduction in the prevalence of stunting from 45% in 2000 to 29% in 2016, under nutrition continues to be a challenge to development. 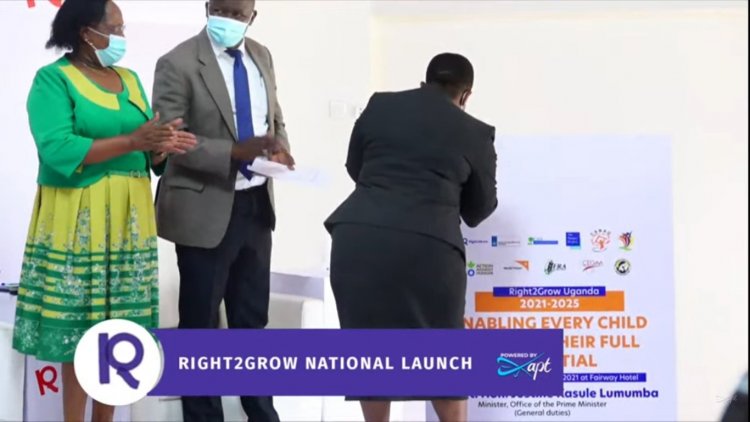 The Right2Grow Consortium that comprises different stakeholders including The Hunger Project, World Vision, Action Against Hunger, Save the Children, among other with funding from the Dutch government have nationally launched the Right2Grow to make a contribution on reduction of under nutrition in Uganda.

The theme of the project is: “Fostering a multi- stakeholder’s involvement and investment in harnessing the growth of every child to reach their potential in the face of COVID-19 pandemic and beyond. 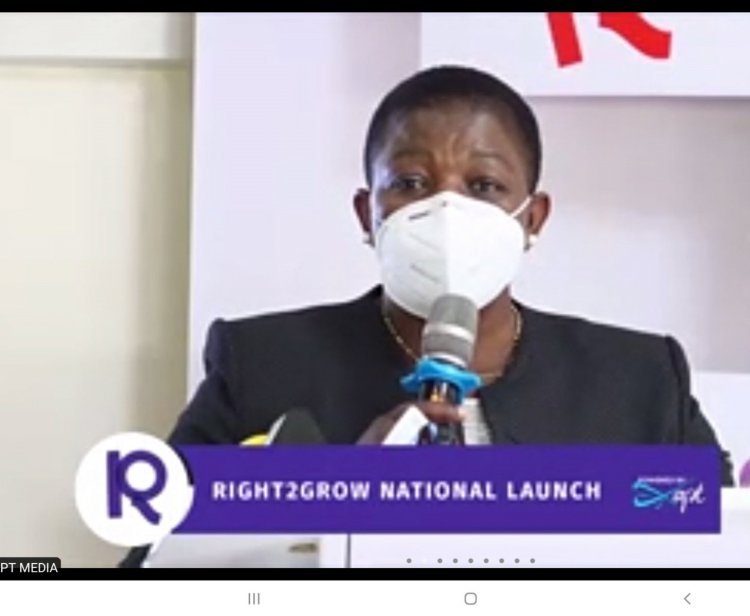 While officiating at the national launch of the project on Thursday 30th September 2021 at Fairway hotel The Rt. Hon Robinah Nabanja represented by Hon. Justin Lumumba (in picture above), Minister for General Duties, said there is need to harness the strategic stakeholders to scaleup the Right2Grow from the model 10 districts of its operation to other sub regions to address equitable distribution towards nutrition of children.

“With support from other stakeholders, extend the program of Right2Grow in other regions from the model districts to address  malnutrition among children” she said.

She called upon all players to work hard to address issues malnutrition in communities to avoid its effects to the economic development of Uganda.

Spearheaded by The Hunger Project, in partnership with Action Against Hunger, The Dutch embassy, World Vision,  and other CSOs the project in five  year project intend to work with district and sub-county community mobilization to minimize malnutrition among children.

She said that there is need to increase investment in the nutrition of children for the good of the future to complement food production, and food security.

“Though government has made strides in food product and food security, under nutrition continues to be a challenge. It contributes the vicious cycle of poverty in Uganda both urban and rural areas” she said

She added that to tackle the issue of stenting of children issue there is need to strengthen civil society organizations to mobilize in an enabling environment to through district and sub-county committees in over 10 districts including Kamwenge, Kakumiro, Kabale, Nyoya, Kabarole, Maracha among others.

“The Right2Grow project will contribute to the implementation of the Parish development model in 10 districts mobilizing communities to adopt the practice of fighting malnutrition” she said. 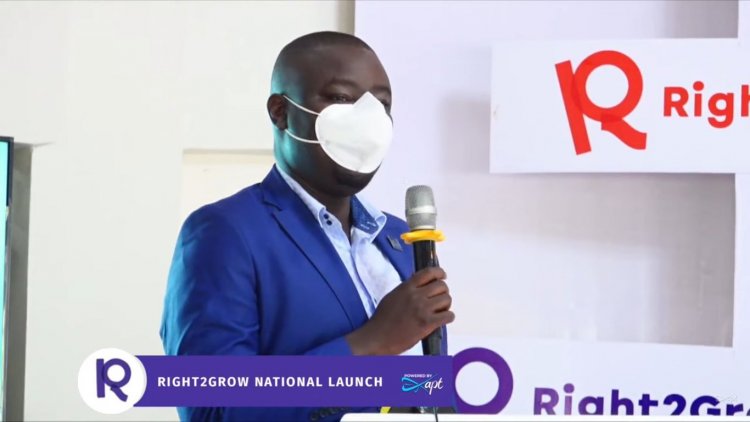 The Coordinator, Right2 Grow Gerald Kato pictured above said that in order to enhance the outcome of the Right2 Grow project and strive for children full potential, there is need to focus efforts to address investment in sanitation, and nutrition with sensitive intervention through strengthening civil Society, local government among other stakeholders.

The top questions people ask about sleep—and how to ans...

NWSC in partnership with School Water and Sanitation Cl...