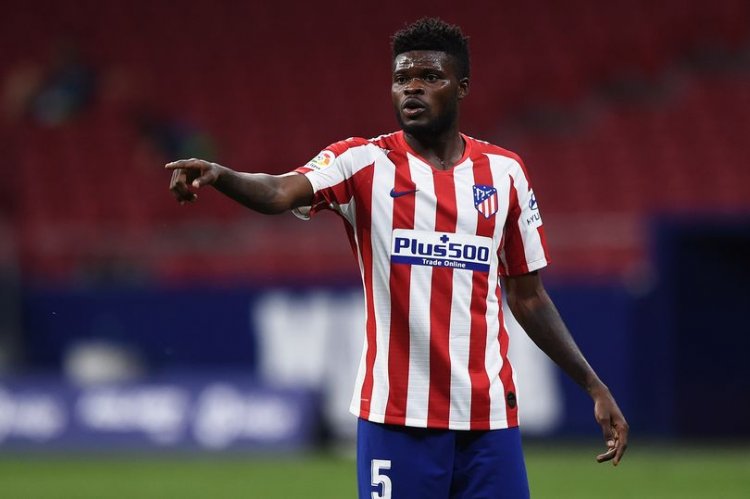 This summer marks the 15th anniversary of Patrick Vieira's departure from Arsenal.

The French midfielder was a talismanic figure in north London; the captain and driving force of sides that won Premier League titles and FA Cups under Arsene Wenger.

In truth, Arsenal have never truly replaced Vieira. Sure there have been exceptionally gifted midfielders - no more so than Cesc Fabregas - since he departed but none have possessed the same blend of technique, energy and physical presence.

But that may have finally changed this summer after Gunners boss Mikel Arteta made the central midfield position his priority.

That in itself speaks volumes. Arsenal’s problems are myriad and it will take multiple transfer windows before the club are back fighting for the top positions in the Premier League.

The defensive issues are particularly problematic; the continued peripheral presence of Mesut Ozil in the background is an unwelcome distraction.

The captaincy issue is another indicator of how the Arsenal dressing room is short of leadership and strong voices: Granit Xhaka lost the armband earlier in the season which exposed a vacuum of strong personalities at the club on and off the pitch.

These problems had set-in long before Wenger’s exit two years ago but they have been exacerbated since with instability in the dugout and a constantly changing sporting set-up behind the scenes.

The early signs under Arteta have been encouraging - a clear tactical blueprint with enhanced defensive stability and a coherent attacking system which presses opponents into mistakes.

Results are slowly improving and there are multiple young talents at the club who could blossom into stars, but there will be a lot more pain along the way.

With that said, the Spaniard’s first summer transfer window as Arsenal manager has passed and he finally landed Thomas Partey from Atletico Madrid.

Partey's arrival is a significant one and ticks all the boxes for what Arteta wants. The 27-year-old is someone who brought control and authority to Atletico - an expert in breaking up play, anchoring the midfield and launching attacks.

As outlined by the website Whoscored, Partey averaged 2.4 tackles per game and 1.4 interceptions - and he was ranked in the top 20 performers in La Liga last season.

The Ghanaian plays in the midfield pivot role - the terminology and significance is strong within Spanish football due to the connotations with basketball and ability to link defence with attack.

He is the player which allows greater freedom for attacking players.

In the draw at Barcelona in June last season, Partey was imperious and provided the shield to the back four; allowing Diego Simeone to play an attacking quartet of Diego Costa, Angel Correa, Yannick Carrasco and Marcos Llorente.

Atleti’s approach was aggressive, but they pressed Barcelona higher up the pitch than usual and took attacking risks. That was a calculation taken due to the assurances Partey offered defensively.

He was the midfielder who stopped opponents yet was also the starting point for Atletico’s attacks - he constantly tried to move the ball forward, either through dribbling through the midfield or playing a pass up the pitch.

He was the escape route and fundamental to Simeone - hence the La Liga side's frustration when Arsenal made a dramatic late swoop on deadline day.

This is the role Fernandinho played so successfully at Manchester City for their two title triumphs in 2018 and 2019.

He offered a calm, controlled presence in the middle of the pitch and provided vital stability to a high defensive line and the building blocks for attacks.

His importance to Pep Guardiola was outlined just months into the Catalan’s time in England. Guardiola said in October 2016, as cited by the Telegraph: “If a team has three Fernandinhos, they would be champions.

"We have one, but he is fast, he is intelligent, he is strong in the air, he can play several positions. When he sees the space he will run there immediately. When you need to make a correction, you just need one player to challenge, and he is there.”

This is what Arsenal have lacked more than anything else in recent seasons: control. A player who breaks-up the play, makes the match tick to his own tempo, providing cohesion and unity between defence and attack.

Arteta is a coaching protege of Guardiola and will have similar ideas in how he wants his teams to play.

That explains the club’s move for Partey and now he has arrived, it could help the other pieces fall into place on the pitch.

Once unknown Nigerian ‘masterpiece’ by Ben Enwonwu up for sale

US Soccer history: 150 years and counting

Liverpool edge Wolves to advance in the FA Cup