As a consumer-driven business, Uganda Breweries takes time to study the market and understand consumer needs and wants as well as how best to satisfy them. That is why we constantly invest in innovating and renovating our brands to stay at par with dynamic consumer trends. This goes hand in hand with our performance ambition to be the best performing most trusted and most celebrated business in Uganda. 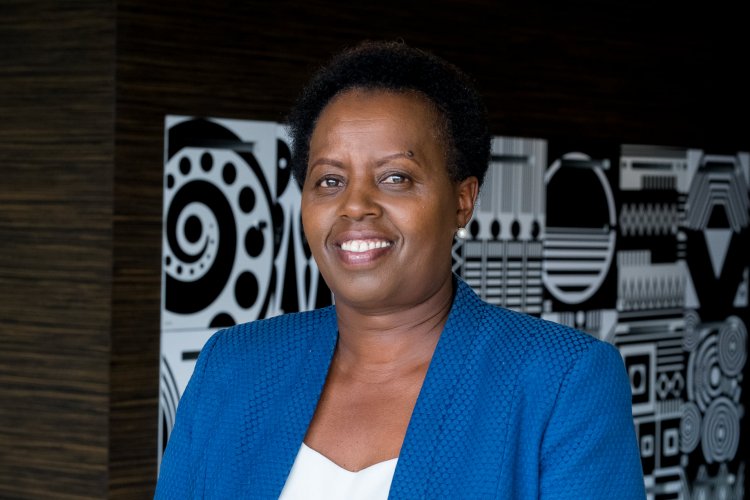 Prior to joining KBL, Mrs. Karuku was the President of the Alliance for a Green Revolution in Africa (AGRA), where she was responsible for one of Africa’s largest grant-making organisations in the food security and agricultural development sector.

Previously, she has held a host of senior positions in various other organisations including Cadbury’s East & Central Africa as Managing Director before joining Telkom Kenya, as Deputy Chief Executive and Secretary General. At Cadbury’s, she was responsible for operations in 14 countries across Africa and during her tenure she conceived and implemented a highly successful growth programme for the business in this period. Before Cadbury’s Mrs. Karuku worked with Farmer’s Choice Kenya and Kenya Co-operative Creameries (now known as New KCC).

Mrs. Karuku has served on several boards including Barclays Bank and is currently a Trustee of Precious Sisters, an organisation that empowers bright and underprivileged girls though education. She is the current Chairperson of Kenya Vision 2030 Board and recently led the Kenya Covid-19 Fund Board that was created by President Uhuru Kenyatta to marshal funds for combating the Coronavirus disease.

Mrs. Karuku will be replaced in the role of Managing Director, Kenya Breweries by Mr. John Musunga. Mr. Musunga has more than 25 years of experience in general management, sales, and marketing.

He joins EABL from GlaxoSmithKline (GSK) where he began his career as a sales representative and progressed through roles of increasing responsibility including that of Managing Director and General Manager of their Kenya and East Africa Business. He has most recently been responsible for leading GSK’s vaccines business in Sub-Saharan Africa, South Asia and Eastern Europe. He has previously worked in regional and global roles and lived in Belgium and South Africa.

Mr. Musunga has served on several boards in various capacities. He served as a Non-Executive Director for Vision 2030 Board, chaired the Kenya Association of Pharmaceuticals Industry, and also chaired the Kenya HIV/AIDS Business Council, among other boards.

On the appointment of Jane Karuku, The EABL Group Board Chairman Dr. Martin Oduor-Otieno said: “We are delighted to have Mrs. Jane Karuku take over the role of Group Managing Director at EABL – Jane brings with her remarkable wealth of experience having served within the Board and also managing the Kenya business. I am very confident that her depth of expertise and knowledge of the business will lead the Group to future growth in line with our strategy.”

At the same time Dr. Oduor-Otieno thanked Mr. Cowan for his immense contribution to EABL during stint at the helm.

He said: “During his time in this role, Andrew led the development and execution of the strategy that has led to significant growth across the region. He has built a strong, inclusive management team that has led to succession by one of his own team members. He led the strategic turnaround in our Tanzania business and motivated for significant capital investments including the investment in the Kisumu plant in Kenya and expansion investment at our Dar es Salaam, Moshi and Kampala breweries.”

On the appointment of Mr. Musunga, Dr. Oduor-Otieno acknowledged the wealth of his experience.

He said: “We are delighted to have John join the business in a significant role leading the biggest subsidiary within EABL. John comes with a wealth of experience and strong legacy of business delivery and leadership in Kenya and Globally. John will be a great addition to both the Kenya and East Africa management teams. We look forward to him joining and making significant contribution to the business.”

Arsenal to face Benfica in the Europa League Round of 32

Citizens are told to prepare to tap opportunities in th...