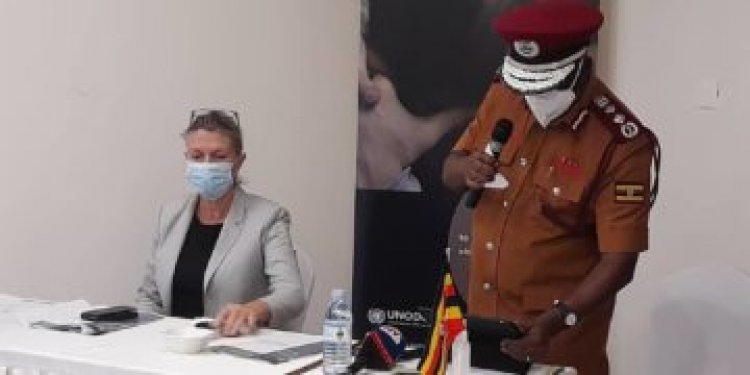 In a stakeholders meeting to discuss how to manage the rehabilitation and reintegration of former violent extremist prisoners. It has been noted that the failure to integrate the ex-convicts could leave them with room to re-offend according to the Prisons boss Johnson Byabashaija

The commissioner General of the Uganda Prison Services Dr Johnson Byabashaija revealed that Uganda prison services so far has about 189 violent extremist prisoners in its facilities out off the 66323 inmates. He said this at the opening of a 3 day roundtable consultation on rehabilitation and reintegration of former violent extremist prisoners in Entebbe on 19th October 2021.

Dr Byabashaija says with support from partners like the United Nations Office on Drugs, Crime and others, their staff have been prepared and well equipped with skills to better manage this category of prisoners and help them get rehabilitated and reintegrated. He however also raises the importance of enhanced capacity to stop radicalization of other prisoners by these people within the facilities where they are kept.

Meanwhile, speaking at the same event, the United Nations Office on Drugs and Crime head of office in Uganda, Sharon Nyambe, has expressed commitment to continue supporting the Uganda prison services in building capacity to handle violent extremist prisoners.

She said through the Joint Global Initiative, they have developed a number of modules which have been incorporated in the basic training curriculum of prison services and 36 instructors have been trained who are expected to reach out to other regions and train their colleagues.

WHO announces plans to establish a TB Vaccine Accelerat...