Rethinking investments in the Nile Basin is very timely taking into account that the Nile riparians, building on the work of NBI, are moving towards a new approach to regional/basin planning and investment agenda. 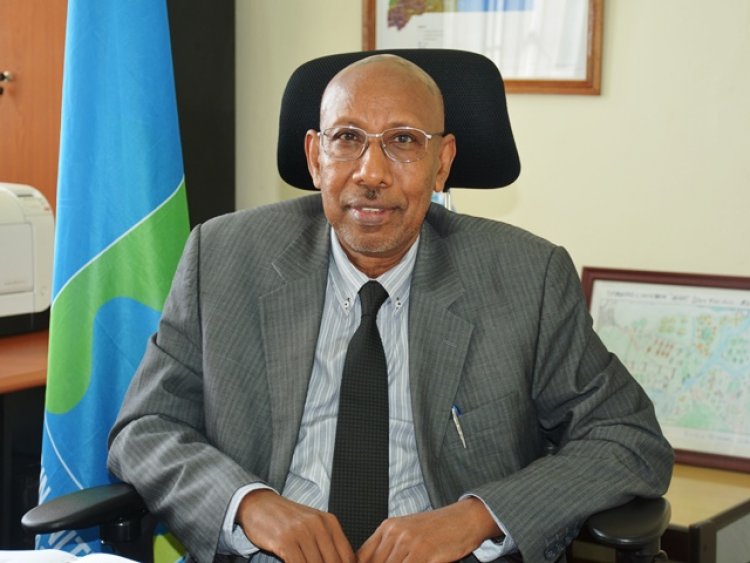 The Nile Basin Initiative (NBI) in collaboration with the Government of Ethiopia has organised a series of webinars for the 6th Nile Basin Development Forum (NBDF) under the theme ‘Rethinking Regional Investments in the Nile Basin’ aimed at building consensus on the Nile Basin cooperation.

Explaining the theme, NBI Secretariat Executive Director, Prof. Seifeldin Hamad Abdalla said, “The theme of the 6th NBDF: “Rethinking investments in the Nile Basinis very timely taking into account that the Nile riparians, building on the work of NBI over the past more than two decades, are moving towards a new approach to regional/basin planning and investment agenda.”

Prof. Abdalla added that the goal of the NBDF is to enhance transformative processes and projects that will contribute to NBI’s shared vision: to promote socio-economic benefits for the people and countries of the Nile Basin.

Calling on citizens of the Nile to participate in the event, the Host Nile Council of Ministers, H.E Dr. Eng. Seleshi Bekele, Minister of Water, Irrigation and Energy for the Federal Democratic Republic of Ethiopia said, “I encourage all friends of the Nile to take part in the 6th NBDF webinar series, which Ethiopia is privileged to host. The webinars will last for nearly two months from March 9 – April 29, 2021.

The Nile Basin Development Forum is a science-policy dialogue organised by the Nile Basin Initiative (NBI) with its Member States. It has been held since 2006 and brings together stakeholders from across the Basin and around the world to build consensus on the Nile cooperation agenda and the way forward for the sustainable development and management of the Nile Basin.

On the sidelines of the Nile Basin Development Forum will be the Nile Media Awards in recognition of journalists that have published outstanding articles that tackle issues concerning the Nile Basin.

The  webinars are  scheduled to take place from March 9 – April 29, 2021. To attend the event, participants can register and join the conversation via https://www.eventleaf.com/nbdf

Oganised with support from the European Union, the German Federation Government through GIZ, World Bank and  cooperatio in International water n Africa, the webinars have been organised under various themes including water tesource management, Watery energy food nexus among others.

The Forum has attracted stakeholders  from within and out of the Nile Basin including government officials in Nile Basin countries, Members of Parliament, water resource managers, environmentalists, economists, development partners, academia and researchers, to deliberate on opportunities and challenges of Nile cooperation. Other stakeholders are river basin organisations, regional, continental and international organisations, civil society, private sector as well as media practitioners.

Traversing about 6,695 kilometers, the Nile is one of world’s longest rivers, feeding millions and giving birth to entire civilizations. The river is a major source of water for the Nile Basin countries.

Water, energy and food are inextricably linked and are essential for human well-being, poverty reduction and sustainable development.

The close interrelationships amongst these resources therefore call for our balancing of the act of exploitation to ensure sustainability for our future generations, for we are, but only stewards of these resources.

Arsenal player ratings vs Tottenham as Tierney and Smith Rowe step up in Aubamey...

The surprising science of oversleeping

Maganjo School of Nursing and Midwifery set to hold Cen...