Spontaneous and voluntary reporting of suspected Adverse Drug Reactions generates signals about rare, delayed and unexpected drug reactions that are undetected in the initial phases of drug development. 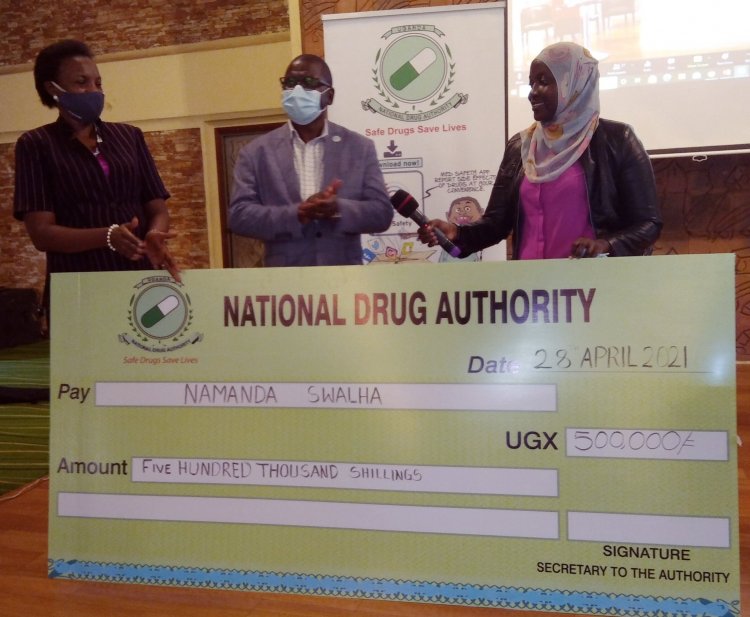 The World Health Organisation (WHO) defines Pharmacovigilance as the science and activities relating to the detection, assessment, understanding and prevention of adverse effects or any other medicine-related problem.

Adverse drug reactions (ADRs) are significant causes of patient morbidity and mortality and are known to raise overall healthcare costs.

Spontaneous and voluntary reporting of suspected ADRs generates signals about rare, delayed and unexpected drug reactions that are undetected in the initial phases of drug development.

In a bid to recognize the efforts of health care workers including Nurses, Pharmacists, health centres among others identify and reports adverse drug reaction in the FY2019/20, National drug Authority (NDA) awarded excellent reporters.

In an award event that took place on Wednesday 28th April 2021 at Golf Course Hotel, Namanda Swalha emerged the top winner and received a certificate and a Cheaque worth UGX500,000 as a token of appreciation. She was followed by Medard Alinaitwe from Mbarara hospital and the top health care entity was Mbarara hospital who both received certificates.

In the report received for FY 2019/20 out of 445 ADR reported cases, indicated that Kampala had the highest number with 38.2% from a fraction of health facilities, followed by Wakiso at 8.8%. the reaction were mostly attributed to HIV and anti-TB drugs among others with effects ranging from serious life threatening and incapacitating reactions. 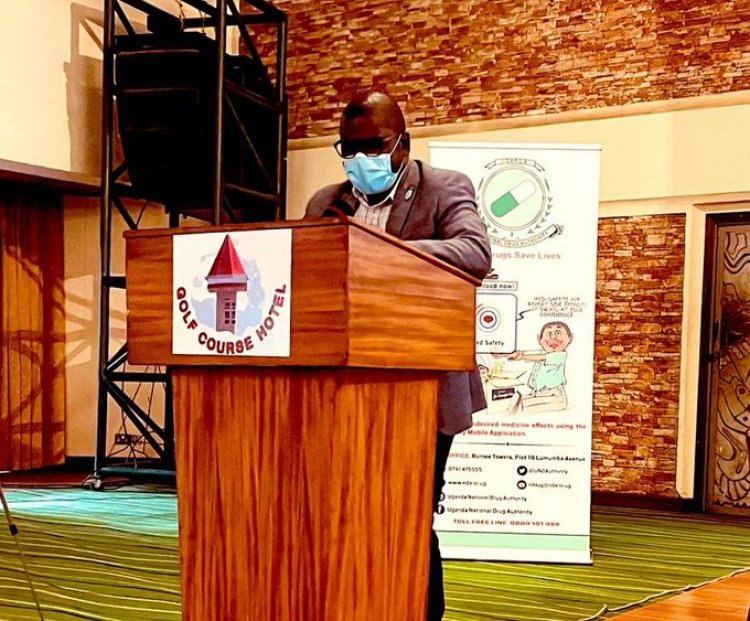 Joseph Mwoga, in above picture, Advisor, Medical Products and Health Technology-WHO, who was the Chief Guest, highlighted that if health systems are to address the challenges in the health care systems of Uganda, there if need to strengthen monitoring mechanism of drug safety.

The Director Products Safety, NDA, Dr. Hellen Byomire Ndagije based at the Pharmacovigilance Centre encouraged the health workers to strengthen spontaneous and voluntary ADR reporting using available channels including thr traditional paper form, whatsapp among others to safeguard the patients.

“The safety reports in this period broadly related to known and labeled reactions but some peculiars were also noted. Mental health in HIV and the rising drug inter-action between drugs noted in this reporting period threatens treatment outcomes” she said.

NDA’s mission is to promote and protect public health through effective regulations of human, animal medicine and health care in Uganda.

Inadequate funding , lack of a national CSOs alliance u...

Why Chimate Change Should Concern The Nile Countries

How Spirulina can be the Food of the Future?