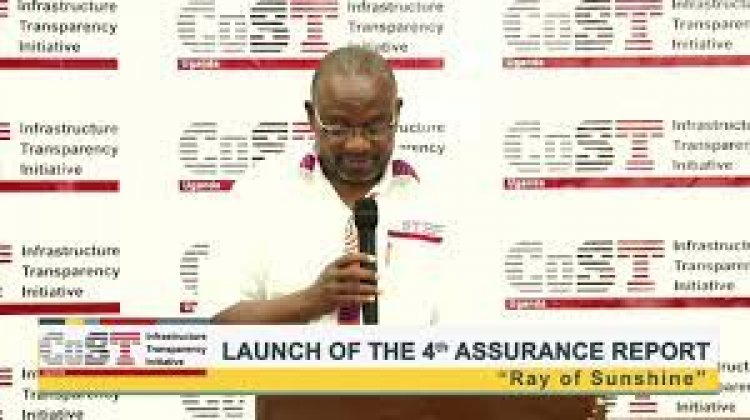 Government procuring entities in Uganda have been told to adopt a standard discloser template for infrastructure data if they are to realize full information discloser as part of gaps found during the implementation of the recommendations made by the 4th Assurance report.

The 4th Assurance report that was launched  last made several recommendation to infrastructure entities after finding out concerns about transparency in procurement projects that were raised by the public and other stakeholders.

In his opening remarks, Gilbert Sendugwa, The Senior Regional Manager Africa CoST International said that after releasing the findings ad recommendations of the 4th Assurance, CoST have been following up closely on the progress made by the procuring entities to assess  implementation and action plans.

“Despite the pandemic we released the 4th Assurance report. After launching it in February 202o, we keep in close contact with entities to take stock of challenges, lesions, feedback on how on how to effectively contribute to the national development plan,” he said.

While presenting the findings of the 4th Assurance process, Olive Kabatwaire, the Programme Coordinator for CoST Uganda said the process focused on 23 public infrastructure projects from 8 procurement entities spreading through the sectors of education, health, water and environment, works and transport among others.

Ronald Emeru from KCCA said that in order to implement the recommendations made by the 4th Assurance process, KCCA created more avenues from which data on infrastructure projects can be accessed.

He said that part of the action plans included strengthening the contract management system on existing contracts, KCCA was included on the electronic government portal (egp), reviews on PPDA guidelines among others.

Ronald however said that they are in the process to develop and adopt a standard data template away from the old system that he said was adopted from World Bank template that they used to register contracts to disclose.