Latest Arsenal news includes fan reaction to Matteo Guendouzi's full debut for Hertha Berlin, the midfielder will spend the 2020/21 season on loan at the Bundesliga outfit 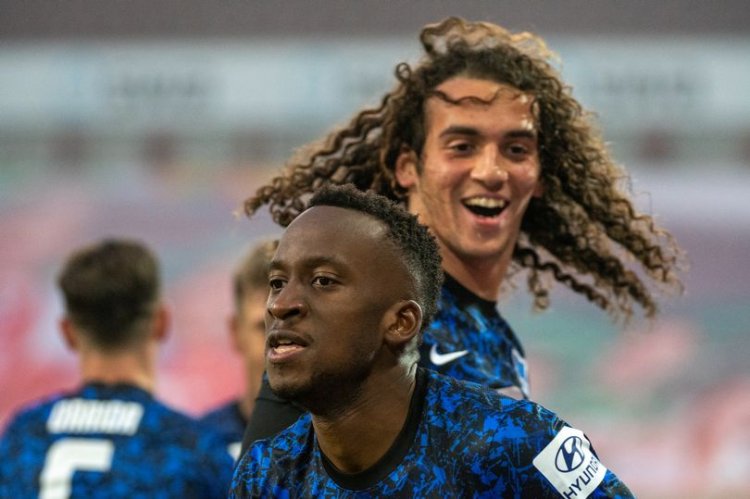 Matteo Guendouzi made his first start for Hertha Berlin in their 3-0 win over FC Augsburg (Image: Stefan Puchner - Pool/Getty Images)

Matteo Guendouzi has made his first start for Hertha Berlin since joining on loan in the summer transfer window.

The Arsenal midfielder was named in the Hertha starting line-up in their Bundesliga clash against Augsburg on Saturday afternoon and managed to play the entire 90 minutes at the WWK Arena.

Guendouzi is one of several Gunners players out on loan this season, but his career in Germany had been delayed because he tested positive for COVID-19 last month.

As a result, the 21-year-old's debut came in last week's 1-1 draw at home to Wolfsburg as he played the final 33 minutes.

He clearly did enough to impress Bruno Labbadia as he started the 3-0 win over Augsburg - which was Hertha's second league win of the season.

With Arsenal not in action until Sunday night, some fans kept an eye on how Guendouzi got on and it's safe to say many were encouraged by what they saw from the midfielder.

@KAVIRAJAFC praised a solid performance from the Frenchman by uploading his game by numbers to Twitter.

This prompted a strong reaction from other Gunners supporters on the social networking platform.

Take a look at what's been said.

Guendouzi recently opened up on the role two of his Arsenal teammates played in his decision to join Hertha Berlin.

"I had a very good relationship with Mesut Ozil and Bernd Leno," The French midfielder told Kicker.

"Both of them told me a lot of good things about the Bundesliga."

What happened between Mesut Ozil and Alexandre Lacazette in Arsenal training ses...

Tactics Column: Arsenal do derby double with the same p...

Luka Doncic Keen On Mavs To Upgrade Ahead Of Trade Dead...