Africa shall prosper if we reason out exploitive systems of mental colonialism: Hamis Kiggundu

To attain economic independence, there is need to reason out the mental captivity that has kept us in absolute poverty. Imposed education system make us study here and go to work abroad instead of venturing in agro processing while in Uganda. We are donating to foreigners including human capital.

Ugandan Businessman Hamis Kiggundu has called upon Ugandans to start innovative thinking that will lead the country to prosperity through reasoning out the foreign mental colonialism that has for along time retarded economic independence while influencing systems, structures and has kept Africans in absolute poverty. 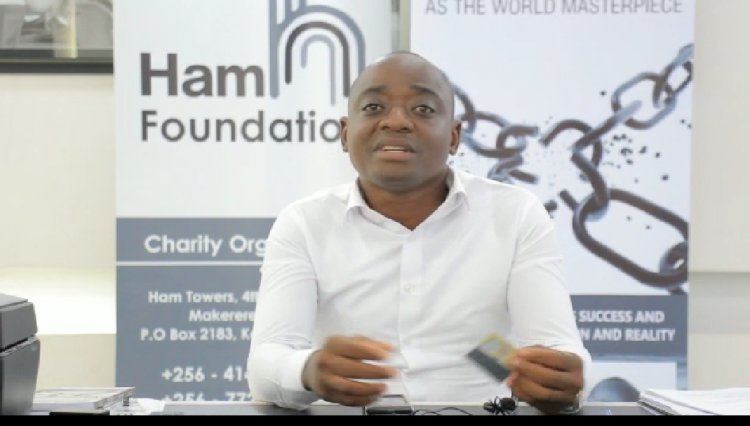 He made the remarks in an interview pictured above following the rulling of three judges of Court of Appeal in the UGX120 Billion case between Hamis Kiggundu and DTB bank that was in favour of the bank.

Ham Kiggundu who is preparing an appeal to the case in Supreme court said that though the bank may consider this as a success, there is no need for Ugandans to celebrate because it’s unfair for Ugandan courts to shield a foreign bank after being found with irrigalities.

“Today the foreign bank may consider the court rulling as a success, but Ugandans have lost. How can a court in Uganda shield an irrigality of money laundering and stand for a foreign bank. This money is for Ugandans not Ham. My survival is limited within a narrow scope of utilities that I can afford up to death” he said.

Ham urged Ugandans to take kin assessment and analyze the prevailing circumstances in Uganda that allows people to explore us and take everything leaving Ugandans in absolute poverty.

“Its exploitive systems, structures, and policies that have kept us in absolute poverty as a country. Reason is the difference between where we are as country in poverty and where we want to be” he said

He added that if awarded the money from DTB bank, he plans to continue the journey to create opportunities for Ugandans through Agro processing, Banking, Construction of a Stadium which he said will minimize capital flight that goes with educated Ugandans to work abroad and provide low interest rates to Uganda business people.

“The banking structure is foreign. They operate and trade within our money and charge us high interest rates. They make a lot of profit and they repatriate it to their country. If they have taken the money don’t wonder why you are poor, if it stays hear somehow you will be part of it” he added

In October 2020, the commercial court ruled in Kiggundu’s favour leading to frenzied celebrations and DTB in retaliation appealed against the ruling hence the judgement today.

Court of Appeal, justices referred the case back to commercial court for a fresh hearing.

The justices said the case had been amended several times during hearing at the commercial, something that was not considered by the High Court.

Kiggundu said the ruling was unfair because DTB Kenya did not have a license that authorises them to operate here.

In his October ruling, Justice Henry Peter Adonyo said that the bank violated the Financial Act of 2004 and therefore directed that the Shs120 billion should be paid with interest of 8% for carrying out illegalities on the Ham’s accounts.

Ham Vs DTB: Court of Appeal has sent the UGX 120 Billion case back to High Court...

DTB left with stains of Illegality in Court of Appeal.