Some of the requirements in the new standards for solar products include truth in advertising, health and safety, lumen maintenance (lamp brightness) quality and durability, and customer information must be provided. 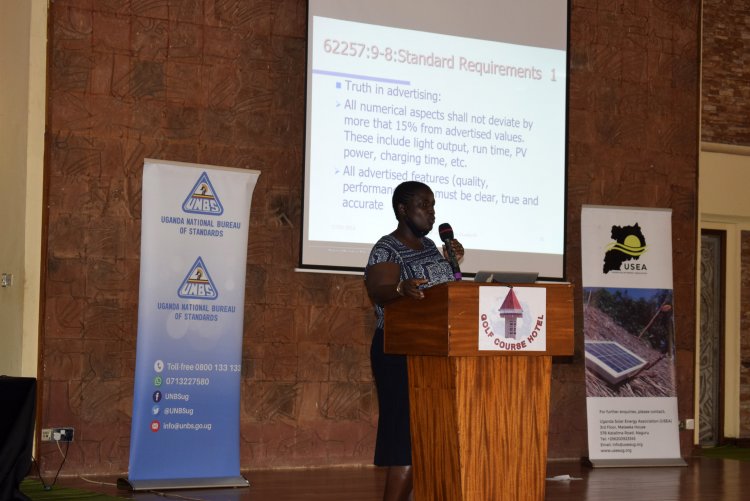 After issuing an ultimatum of the standards compliance of home system kits, lanterns and other packaged renewable energy systems due on July 2021, Uganda National Bureau of Standards (UNBS) has moved to sensitise stakeholders in the sub sector on the new Standards to enable them be aware of the requirements.

The move was aimed at ensuring all stakeholder including consumers, dealers, importers, manufactures, among others prepare and get ready for to comply with the said standards going to forward. 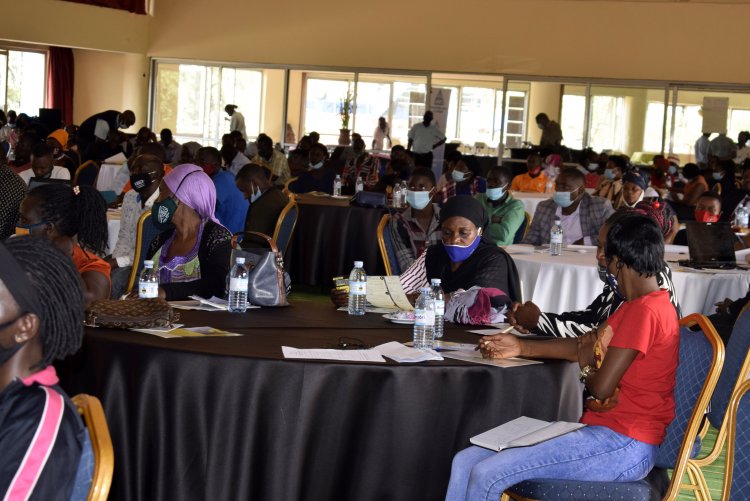 Some of the requirements in the new standards for solar products include truth in advertising, health and safety, lumen maintenance (lamp brightness) quality and durability, and customer information must be provided.

Government says substandard solar products on the market are derailing the government’s Vision 2040 target of achieving universal access to electricity.

UNBS Senior Standards Officer Electricals Winnie Grace Onziri Otieno, said most of the solar products on the market are substandard because there have been no regulations.

“We have not been having any solar standards; even at border points we could not stop any solar products from entering the country. That is why we have so many solar substandard products on the market,” she said

“But we have since developed standards and we will start enforcing these beginning July 1, and any substandard solar product will be removed from the market by our surveillance teams,” she added.

Traders in picture above dealing in solar products have appealed to the government to compensate them for the substandard products it has banned from the market.

Rogers Asaba of Solar Now is afraid that the move would push them out of business.

“We are going to lose a lot of money. How does the government expect us to sell the products we have in two months yet it is the same government that allowed us to stock these products?” he wondered.

Glovo delivery app to partner with more local companies towards expansion of ser...

5 businesses you can start anywhere in Uganda with smal...