The fact that the move runs counter to a prior multilaterally agreed position for the use of the Regional Electronic Cargo and Driver Tracking System (RECDTS) to enable seamless movement of cargo despite the pandemic has also been a key sticking point. 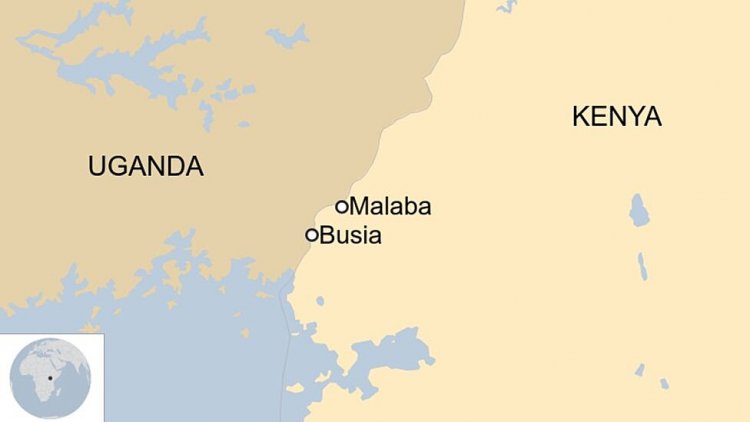 Following the  an emerging situation at the Malaba border entry points with Kenya due to the institution of a mandatory requirement by the Ministry of Health for all inbound truck drivers to pay for and undergo testing prior to clearance for entry into Uganda, Uganda Manufacturers Association (UMA) has urged the government to leverage on the Regional Electronic Cargo and Driver Tracking System (RECDTS)  a system initiated to solve a similar challenge in 2019 which had proved useful in combating congestion at the border and addressing any questions related to testing and vaccination of truck drivers.

UMA in a statement on the update of the congestion at Malaba issued last week said that though they had engaged various stakeholders including Ministry of Health who directed that all border points to clear all truck drivers with negative Covid tests results that are within a 72-hour time window, they have not into account the fact that trucks continue to delay for more than 72 hours and are building up traffic at the border.

“Following an appeal by the UMA and other partners, the Ministry of Health has since issued a directive to all border points to clear all truck drivers with negative Covid tests results that are within a 72-hour time window. This, while a positive step in the right direction, has not taken into account the fact that several of the drivers at the border have been in transit or parked beyond the 72-hour window which necessitates their spending on additional tests” it reads in part

UMA in statement also said that mutual recognition of test results is also a key appeal given that it then enables the Kenyan Drivers to benefit from the free testing services offered by the Kenyan Government.

They however say that the  timelines instituted within which to utilize the results must take cognizance of the 7 days it takes for a truck to go through port clearance and transit in order to reach the Ugandan border.

Other measures proposed by UMA includes; recognizing the amount of time it takes for a driver to complete a full logistical process for Goods collection, transit, return and re-instate the 14 days window – earlier utilized - for faster clearance of the truck drivers at the border points, appreciate the fact that a continued delay in resolving this issue will have a direct impact on the cost of doing business in addition to providing a further platform for the spread of the COVID 19 pandemic given the crowding currently witnessed at the border among others

The Ministry of Health introduced a requirement for all travellers and truck drivers to undertake mandatory Covid-19 tests at a cost of 30USD before entry into the Country. This move, occasioned by the rise in positive COVID tests among truck drivers entering the country, has since been protested by the truck drivers, manufacturers and all business people given the added costs it puts on the logistics costs in the region.

The fact that the move runs counter to a prior multilaterally agreed position for the use of the Regional Electronic Cargo and Driver Tracking System (RECDTS) to enable seamless movement of cargo despite the pandemic has also been a key sticking point.

A long queues have been reported all the way from Amagoro in Kenya, a few kilometres from the Malaba border post, since January 1.

“I did Covid-19 test at Inland Container Depot in Nairobi and I have a valid certificate which is still valid for seven days. Why am I forced to get tested again?” asked Mohammed Mahmud, a truck driver.

Due to ongoing trade barriers, Kenya Transporters Association (KTA) has threatened to suspend hauling of cargo until the Ugandan government reconsiders its new directive.

“We are urging Ugandan authorities to consider the new directive and drop the $30 charge per test, which is an additional cost since in the other East African Community (EAC) states, Covid-19 tests are carried out free of charge. We also want clarification of how frequently the test will be carried out and their duration,” said KTA chairman Newton Wang’oo in a statement copied to the ministers of Health in Kenya, Uganda, and Rwanda. ‘I am not a babysitter’ – Micho to Sentamu