UMA decries government’s failure to resolve the unfair trade between Uganda and Kenya.

Uganda Manufacturers Association has protested government inability to decisively resolve the trade practices subjected to Uganda by the Republic of Kenya in a blatant disregard to the East Africa Common markets commitment. 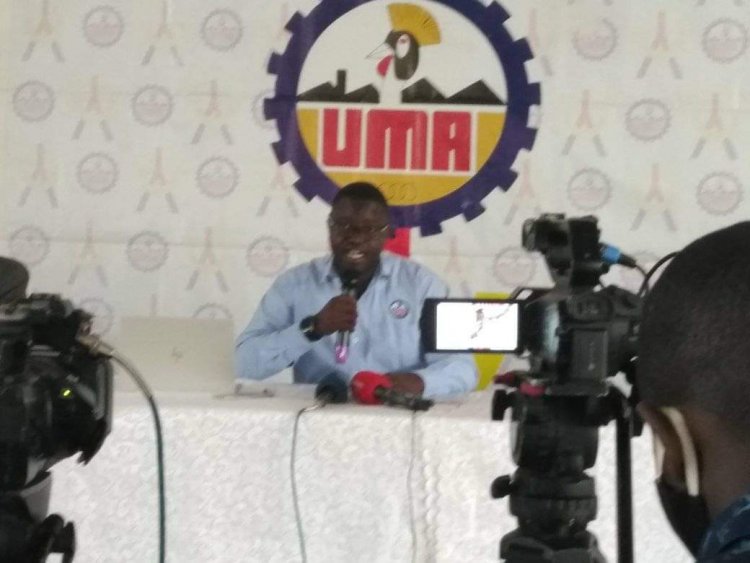 Kenya–Uganda bilateral relations between Kenya and Uganda as two African Great Lakes countries are partners in many areas, particularly in the trade, infrastructure, security (military), education, agriculture and energy sectors however currently Uganda’s trade with Kenya is down to a trickle.

In disregard to the East Africa common markets commitment, which according to Uganda Manufactures Association (UMA) is characterized by unfair trade practices subjected to Uganda by the Republic of Kenya including accessing raw materials and fresh agro inputs for their processing industries.

Over the years, after Uganda embarked on the promotion of local production for formerly imported products, aimed at self-sustainability and an integrated economy.

The Executive Director UMA, Daniel Birungi while speaking to the media on Wednesday at UMA headquarters, they say that though Uganda has developed capacity to produce good that were previously imported from Kenya, the Kenya counterparts have blatantly barred Uganda good into Kenyan markets citing origin questions, baseless quality queries, smuggling, permits among other claims.

The said that despite persistent trade distortions orchestrated against Uganda, Uganda’s exports to Kenya had been increasing exponentially until 2017, when Uganda managed to report for the first ever trade surplus with Kenya.

It further said that since 1917, The Republic of Kenya has intensified Non-Tariff Barriers with fears of possible takeover of the trade balance of power which they say acts contradict the EAC Common Market commitments.

Uganda has over the years taken baby steps towards boosting local production in efforts towards imports substitution. They include the introduction of the Buy-Uganda-Build-Uganda (BUBU) initiative to boost local production and consumption of domestically-manufactured products.

Key among the products Uganda imports are pharmaceutical products, clothes, footwear, oil and gas. Others include building materials, kitchen and sanitary ware, taps, glasses and raw materials used in the production of other products, such as iron sheets, cement and paint.

“In January 2020, the Ugandan Government issued a Protest Note that remains un-replied. Prior to that, there has been every effort at the level of Heads of States to resolve the trade issues between Kenya and Uganda, with minimal success with Kenya has consistently breached on commitments while Uganda continues to play second fiddle” the statement reads