There are currently no approved cures for Fragile X syndrome – the most common cause of inherited intellectual disability. At the moment, the treatments are designed to manage symptoms, from anxiety to OCD or in rare cases, seizures. But a new clinical trial is soon to be underway at a UK startup.  On Wednesday, drug discovery […] 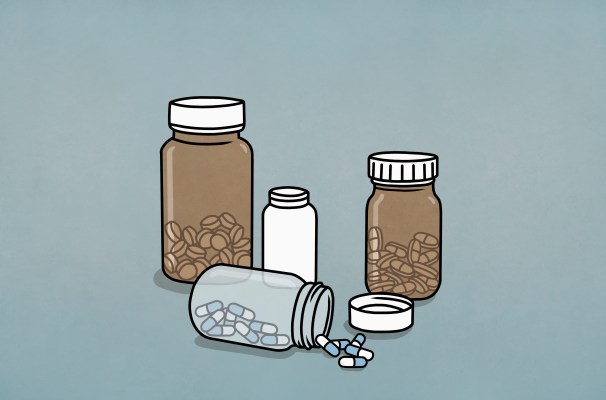 There are currently no approved cures for Fragile X syndrome – the most common cause of inherited intellectual disability. At the moment, the treatments are designed to manage symptoms, from anxiety to OCD or in rare cases, seizures. But a new clinical trial is soon to be underway at a UK startup.

On Wednesday, drug discovery startup Healx announced that it has gained FDA investigational new drug status for a Phase 2a clinical trial on a repositioned drug (more on this later) for Fragile X syndrome. The study, which will evaluate the effects of a non-steroidal anti-inflammatory drug on Fragile X, will begin by January 2022, per the clinicaltrials.gov registration.

Healx is one of a host of startups invested in using A.I for drug development and identification. So far, it has raised about $67 million in total funding – most recently the company closed a $56 Series B round in October 2019. Investors in Healx include Atomico, Balderton Capital, Amadeus Capital Partners, intel, Global Brain, btov partners, and angel investor Jonathan Milner.

Healx’s platform, called Healnet, uses machine learning to crawl through data on existing drugs, and potential disease targets, to find new connections. Healx’s platform can intake structured public or private data, or data that exists in other forms, like in scientific publications. Part of Healx’s approach is to use natural language processing to access data described in scientific literature.

“All of that goes into the knowledge base, and then that’s basically the force our algorithms can use for the drug matching process,” Hall tells TechCrunch.  [The algorithms are] looking for the connections between the diseases, and the drugs that we can then take forward into preclinical and clinical trials.”

A.I-based Drug development is becoming a bigger piece of the A.I landscape. Funding for A.I.-based drug development skyrocketed to $13.5 billion between March 2020 and 2021, 4.5 times the amount of funding seen in 2019, according to The AI Index 2021 Annual Report by Stanford University. Though some of that was likely influenced by the race to develop Covid-19 vaccines and drugs, there have still been some significant funding rounds (take Insilico Medicine, which closed a $255m Series C round in June). Others have managed to strike deals with major pharmaceutical companies.

At the moment, Healx is focusing on rare diseases. Aside from Fragile X, the company has potential drug treatments for Pitt Hopkins syndrome in clinical planning, and 11 more candidates in preclinical development.

“We have a number of other programs that are coming along,” says Hall.

Throughout that process, Healx has also worked closely with FRAXA – a non-profit research foundation focused on Fragile X. Michael Tranfaglia, the chief scientific officer and medical director of FRAXA, notes that Healx and FRAXA have worked together even before the clinical trial process, the step when patient organizations usually become involved in research.

“What’s unusual here is that we’ve been involved throughout the entire process,” he tells TechCrunch. “We’ve been providing a lot of the information to the company that’s helped with the curation of these various datasets.”

Healx, so far, focuses on identifying drugs that already exist, rather than developing new ones – though Hall says developing new drugs isn’t off the table in the future.

Running studies on existing drugs (sometimes called drug repositioning) is far from unheard of, especially in the world of rare diseases. It lowers development costs, and has been proposed as one way to jumpstart research into rare diseases. These rare diseases are often overlooked because they can’t guarantee the same profit returns as treatments for common ailments.

Repurposed drugs, as one 2021 review paper in Trends in Pharmacological Sciences noted, can reach patients in 3-12 years, compared to the 10-15 typically expected for new drugs.

The difficulty with drug repurposing is that, in the past, it hinged somewhat on dumb luck. One 2011 paper pointed out that the next frontier in drug repurposing was “the ability to do it in a systematized and rational way as opposed to serendipity.”

Healx’s approach that happens to be artificial intelligence.

Healx’s clinical trial on potential Fragile X drugs will be the company’s first on a repositioned drug. But it has plans for more robust trials in the immediate future. Specifically, Healx sees this trial as the first phase of what the startup hopes will be an adaptive clinical study that will continue to test more drugs that have been identified by Healnet as candidates, and verified through preclinical testing.

Hall explains that there are already plans to add two more drugs to that trial — the company didn’t to name the drugs they’re testing out of fears they might inspire off label-use. He did explain, that all together, the three drugs work on three different mechanisms of action related to Fragile X syndrome.

Ultimately, the trial will evaluate how well the drugs work against two major categories of endpoints in Fragile X research: cognitive function, and anxiety-based endpoints.

It should be noted that, within the world of autism research (people with Fragile X are often also diagnosed with autism) the search for a cure, rather than a treatment, is no longer as central as it once was. For some autism is just another way of existing in the world, not something that needs a cure in the first place. Other arguments suggest that it’s society, not biology that stands in the way of neurodivergent people living happy and “normal” lives.

Studies have shown that therapy and having an environment receptive to their needs are often helpful for people with Fragile X. Drug-based treatments do play a role in managing symptoms like hyperactivity or anxiety. Still, as Tranfaglia points out, some of the symptom management drugs out there right now can be lackluster or lead to uncomfortable side effects.

For instance, children who are treated for hyperactivity might find that drugs increase their anxiety, he says.

“It’s a giant game of Whack-a-Mole where you go after one symptom and you hit that with a drug but then that ends up causing side effects in another area that makes something worse,” he says.

The future study on three different drugs may feel like it has a lot of moving parts. Healx’s approach is, as Hall puts it, to put “multiple shots on goal.” These multiple shots, notes Tranfaglia, also fits with the idea that it will likely take more than one drug to tackle rare diseases, like Fragile X.

“Ultimately we’re looking to figure out what are the best two or three drug combinations for each of these 7000 rare diseases that can be made out of these one or 200 repurposing candidates,” Tranfaglia says.

This study is still just a first step. But it will be a test of a larger trend in rare disease treatment: that drugs already in existence may make a difference, we just haven’t had the tools to find them yet.

Spotify partners with Shopify to add merch to artists’ profiles

This Week in Apps: Google, TikTok add protections for minors,...

Daily Crunch: Zoom will pay $85M to settle lawsuit over... Five years on, HMD Global’s handling of Nokia is a tale...

Not the comeback Nokia fans were hoping for.

We won’t know how bad omicron is for another month

The discovery of the omicron variant of covid-19 in southern Africa shows how sequencing...

On Tuesday, a woman who goes by the pseudonym “Jane” testified that Jeffrey Epstein...

Result: KCCA 3-1 BUL FC KCCA will go into the top of the table clash with a six-point...