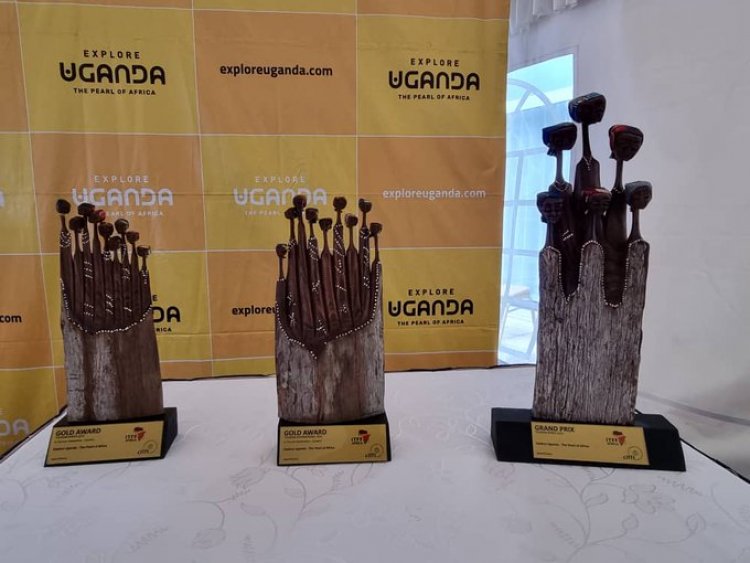 Through Uganda Tourism Board (UTB) Uganda received three international tourism film awards including The Grand Prix award and 2 Gold awards that were awarded to Uganda at a ceremony held at Cape Town City Hall, South Africa in recognition of Uganda’s film: “Explore Uganda – The Pearl of Africa”

While receiving the awards last Friday 27th May 2022, at Sheraton Hotel, pictured below, The Minister of Tourism, Wildlife, and Antiquities was accompanied by Basil Ajer, Director of Tourism, and other senior officials from the Ministry of Tourism.

The MIister of Tourism, Wildddlife and Antiquities Hon Tom  Butime said, “I recognize the efforts by everyone that enabled us to win these accolades. These awards are a recognition of our capacity to exercise our brainpower as a Country; through this, we have demonstrated our creativity to the whole world in the production of the video, highlighting Uganda’s tourism attractions.”

He said that ‘’I congratulate The Ministry of Tourism, UTB Board and Management for this achievement. With this, I begin to think that we are living an interesting time given the accolades as these amplify the Country’s image in the whole world as a leading tourism destination. For an organisation to take pride in its work, you must have trophies and accolades like the ones Uganda has won.”

The UTB CEO in her speech applauded LOOKOUT Films that shot the video that was acknowledged by the Jury, this portrayed amazing film production talent Uganda has including Scriptwriters, Directors and Producers as the video was part of the brand development with technical assistance from TBWA an Africa wide marketing, branding and Public Relations firm

The film, premiered by Uganda Tourism Board (UTB) is an invitation to the world to rediscover the beauty of Uganda, the Pearl of Africa, which highlights the reel of all that is rare, precious and beautiful in Africa for an adventure of a lifetime.

Google Pixel Watch: Everything we know so far (Updated: Oct 4)

Can crypto make the world a better place?

The crypto world has never shied away from making big promises, but as the industry... Less-known Shambamba vows to fight for starting berth at... 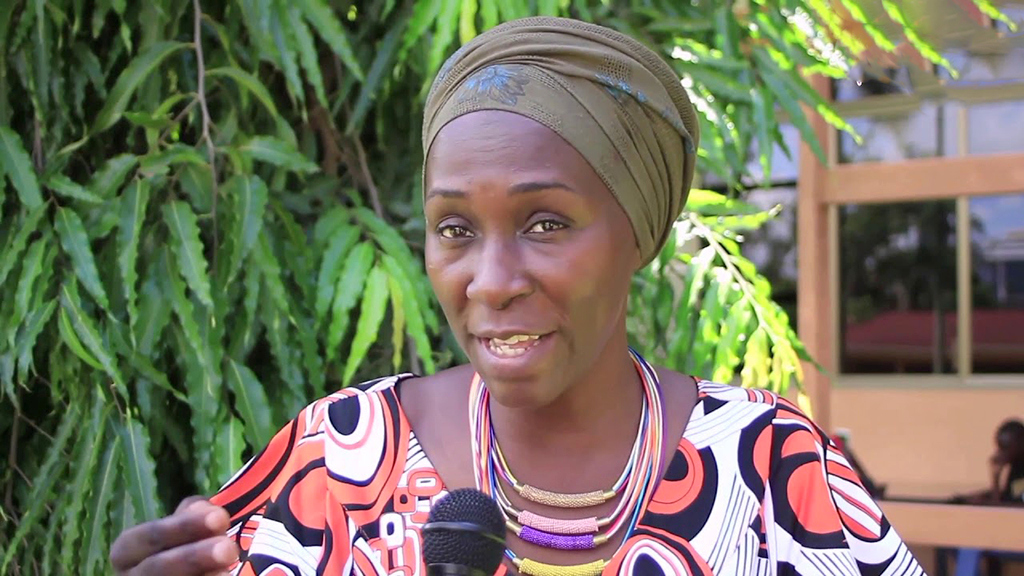 The Apple Watch SE isn’t as much of a compromise as you...

It may surprise the casual reader to learn that I don’t run a trillion-dollar multinational...

Arsenal’s three Gabriels left off Brazil squad ahead of...