Maitland-Niles has been tipped to join Newcastle United or Wolves 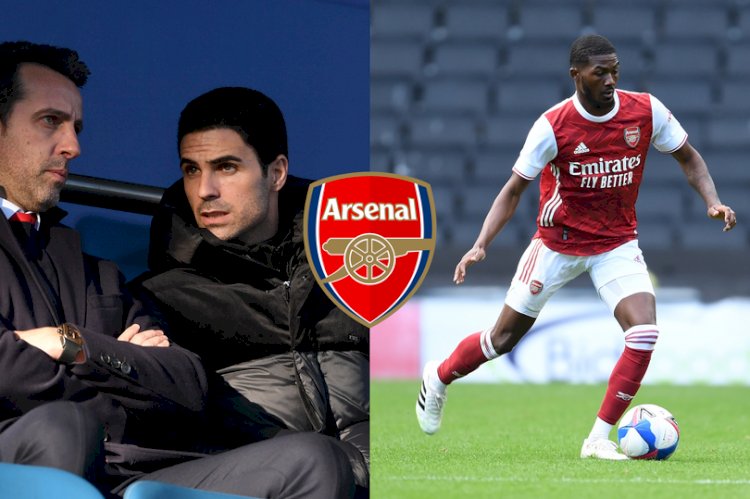 Mikel Arteta and Edu have a big decision to make on Ainsley Maitland-Niles.

The youngster has been strongly linked with a departure to Newcastle United or Wolves this summer but his performance in the Community Shield on Sunday has thrown up some question marks.

And for the right reasons, too, with Arsenal fans now seemingly very much against the idea of parting ways with the versatile 23-year-old.

Sutton agrees, writing in his Daily Mail column: "'I am an Arsenal player until I am told otherwise’ — did not sound like someone who is set to stay.

"Maybe he feels he will be guaranteed better game time at Molineux. But it’s good to hear Arsenal are considering a transfer U-turn after his performance against Liverpool.

"He is such a versatile talent, a diamond, and I do believe Mikel Arteta trusts him. You don’t start against Liverpool here, or in the FA Cup semi-final and final against Manchester City and Chelsea, if that isn’t the case.

"Gareth Southgate has called Maitland-Niles, who only turned 23 on Saturday, into his England squad, too, having noticed how players don’t go past him easily.

"Neither Sadio Mane nor Mo Salah had any joy with him at left wing back, and there is an argument he’d be a better right wing back than Hector Bellerin.

"If I was an Arsenal decision-maker, I wouldn’t be in a hurry to get rid of Maitland-Niles, who still has three years on his contract.

"As his Wikipedia page states under playing position: ‘Midfielder, winger, full back, wing back.’ This young man’s versatility is a weapon, as is his pace and the way he reads the game.

"Arteta would be better off with him than without him."

Reports on the back of the Community Shield have suggested the Gunners could change their mind on Maitland-Niles amid talk of a £20m valuation.

The Arsenal academy product is under contract for another three years.