Transfer news, rumours and gossip from Old Trafford. The latest transfer news and gossip on the players linked with Manchester United - and those who could leave the club. 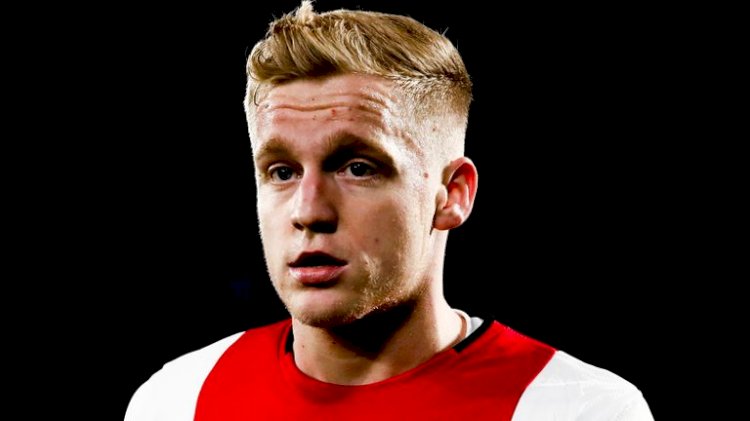 The latest players linked with a move to Manchester United...

Donny van de Beek - Donny van de Beek has agreed personal terms with Manchester United and will complete a medical in the coming days ahead of a £40m move from Ajax (Sky Sports News, August 31); Van de Beek was left out of Ajax's friendly with Frankfurt on Saturday with a transfer potentially imminent, and Manchester United one of a number of interested parties (Sky Sports News, August 30).

Sergio Reguilon - Manchester United are understood to be keen to sign Real Madrid defender Reguilon, who could be available this summer (Daily Star, August 29).

Lionel Messi - Manchester United are in position to make a move for the Argentine after he submitted a transfer request at Barcelona (Sport, August 26).

Philippe Coutinho - The Brazilian prefers a return to the Premier League and United are among a trio of clubs interested in the 28-year-old Champions League winner (Marca, August 26)

Jadon Sancho - Manchester United are ready to put their bid to sign the England international on hold for a year after being unwilling to match Borussia Dortmund's £108m asking price for the winger. (Sunday Mirror, August 23); An agreement on personal terms is believed to be holding up United's move for Sancho (ESPN, August 20); United have still not made an official offer for Sancho. If they make a realistic offer - close to Dortmund's €120m (£108m) asking price - it is thought Sancho would be willing to tell Dortmund he wants to leave (Sky Sports, August 17).

Isak Hansen-Aaroen - Manchester United are signing the young striker - confirmed by a glowing Instagram post from his Norwegian club Tromso (The Sun, August 22)

David Brooks - The Bournemouth playmaker has been a long-term target for United and they are considering making an approach this summer (Manchester Evening News, August 20).

Jack Grealish - United have held talks with Aston Villa over a deal for Grealish (Mail on Sunday, August 30); United may off goalkeeper Sergio Romero in part exchange for Grealish (Daily Mail, August 20); The Aston Villa captain would welcome a move to United this summer (Express, August 13); Grealish is expected back at Aston Villa for pre-season training at the end of the month as United refuse to be pressured into meeting his £80m price tag (Daily Mirror, August 5); United are prepared to wait until late in the window before considering a move for Grealish as they push to sign Sancho (Daily Mail, August 4); United have cooled their interest in the Villa captain.

Issa Diop - West Ham are ready to sell Diop to Manchester United for a £45m transfer fee (The Sun, August 19).

Douglas Costa - Manchester United are looking at a double raid on Juventus for Costa and Alex Sandro (Daily Express, August 19); Manchester United are keeping tabs on Juventus winger Costa as they embark on their summer transfer business. While Jadon Sancho remains their No 1 target for that position, should that deal not come off, Costa is among the alternatives being considered by the club.

Ben White - United have made contact with Brighton about their £50m-rated defender (The Sun, August 17).

Saul Niguez - United are set to make the Atletico Madrid midfielder their top transfer target this summer (Daily Mail, August 16); United are hoping to tempt the Spaniard into a switch to Old Trafford by offering him a contract worth £150,000 per week (Daily Star, August 15).

Paulo Dybala - Juventus are reportedly planning to offer the Argentine to United in a bid to sign Paul Pogba (Mirror, August 15).

Vinicius Jr - Manchester United appear to be switching their focus from signing Sancho to Vinicius Jr, but could face competition from Chelsea and Arsenal (Daily Star, August 13).

Kasper Schmeichel - United are weighing up a shock move for the Leicester goalkeeper to replace David de Gea as No 1 next season (The Sun On Sunday, August 2).

Callum Hudson-Odoi - United are considering lining up a shock move for the Chelsea winger (The Sun On Sunday, August 2).

Sandro Tonali - United are reportedly set to be knocked back by the Italian wonderkid, who is being chased by Inter Milan (Mail On Sunday, August 2).

Benoit Badiashile - United have entered negotiations to sign the Monaco defender, according to reports from France (Sunday Mirror, August 2).

Devon Arnold - Manchester United have handed a trial to the former Yeovil Town striker after the free agent impressed for the club's U23s side (Daily Mail, August 28).

Marc Jurado and Alvaro Fernandez - Manchester United are closing in on the signing of two of Spain's brightest young prospects (Sky Sports, August 28).

Can this man replace Kepa, Chelsea fans can have faith in potential Kepa Arrizab...