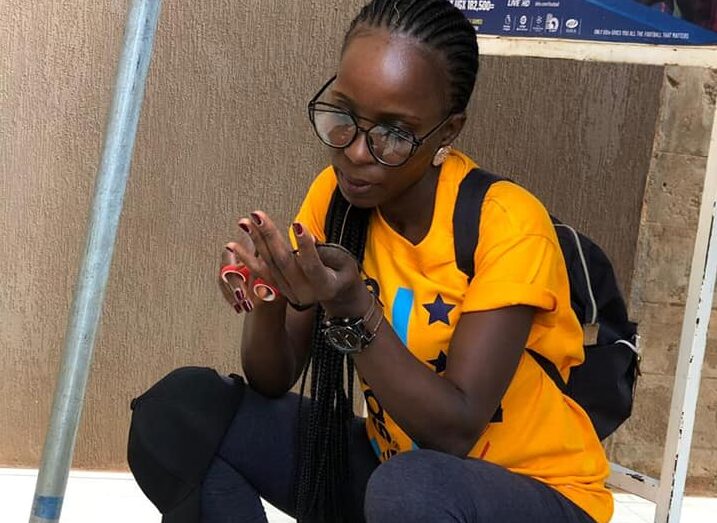 Over a week ago, veteran singer Halima Namakula and Phina Mugerwa a.k.a Phina Masanyalaze had a fierce altercation at Fairway hotel during Gen. Elly Kayanja’s birthday party celebrations.

Reports disclosed how Halima Namakula attacked Phina Mugerwa warning her to stop spreading baseless allegations about her to their bosses.

During the altercation, Halima Namakula admits that she told Phina to stop being childish as she poked and pushed her head with her finger.

Halima adds that she had to do so because she hates hypocrites so much. She also disclosed that she was very ready to throw punches if Phina dared to react.

I was ready to throw punches if she dared to take any action. You know people undermine me thinking that because I am a grown-up woman, I can’t do anything. I just keep respect and calm for my age.

Speaking to Bukedde TV, Phina Mugerwa said that the cause of their fight is because of the E-concert funds which promoters misused.

She went on to note that she only respected Halima Namakula because of her age and the status she holds in the public but she was going to slap her when she poked her head with her finger.

Phina Mugerwa who was venting venom added that ever since that altercation took place, she has deep hatred against Halima and does not want to even get close or cross paths with her.

I only respected Halima Namakula just because of her status. I was going to slap her to the fullest. Even Gen. Kayanja thanked me for the respect I accorded her because she did not respect herself.

Halima should stop undermining me from today onwards. I have hated her for the whole of my life. I don’t want to see her or even be close to her or share anything in our lives because she is useless.

The post I didn’t slap Halima Namakula because I respect her- Phina Mugerwa appeared first on MBU.

Aziz Azion hints on staging Shs1M concert as he marks 10...

I cannot smash Pia Pounds even if she wanted – MC Africa

Jose Chameleone’s father reaches out to the underprivileged...