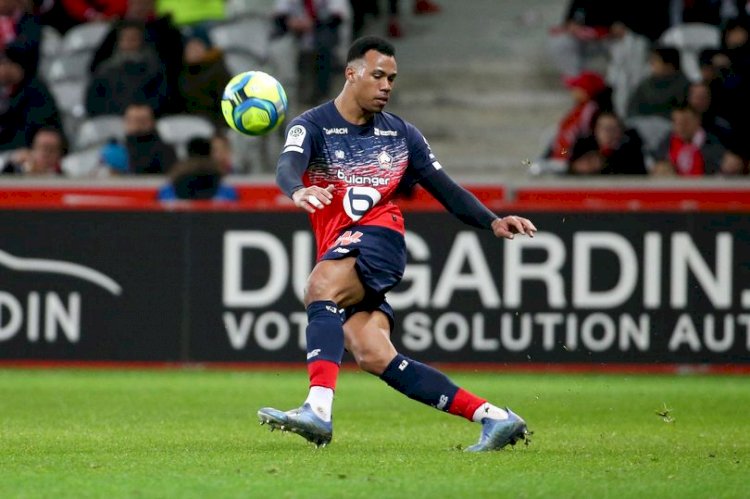 The long-running transfer saga of Gabriel Magalhaes is approaching its conclusion with Arsenal having reached full agreement over a £25million deal for the Lille centre-back.

Gabriel has been taking his time to consider interest from Arsenal, Napoli and Manchester United but is understood to have opted to join the Gunners in a move that will delight Mikel Arteta, a long-time admirer of the 22-year-old.

All that remains for Arsenal is for Gabriel to complete his medical and put pen to paper on a five-year deal, the terms for which are agreed. However quarantine regulations are set to place a delay on integrating him into the squad.

A crucial breakthrough in negotiations came on Saturday with the Brazilian youth international opting for Arsenal. Their interest was far more advanced than that of United and Paris Saint-Germain, who sounded out his advisors earlier this week but never formalised their interest into a bid to Lille.

The French club were prepared to allow Gabriel to choose between Everton, Arsenal and Napoli although the first of that trio abandoned their pursuit several weeks ago. The Italian side's interest has been complicated by their need to sell Kalidou Koulibaly, who has attracted interest but no bids from Manchester City.

In spite of the late pressure that emerged from Manchester United Arsenal saw plenty of reasons to sway Gabriel towards north London: from their growing Brazilian contingent to the clear tactical plans Arteta has devised. The Gunners head coach played a crucial role in progressing this deal to its completion following head of football Raul Sanllehi's departure, pitching his vision whilst the specifics of negotiations were left to football operations chief Huss Fahmy.

Arsenal are still formulating plans for Gabriel's medical, currently he is expected undergo tests in France over the coming days before travelling to London. He will need to self-isolate for 14 days on his arrival. As football.london reported on Thursday, there will be no exemptions to government policy for players signing for Premier League clubs from countries without travel corridors with the UK.

Currently Arsenal's only alternative option would be to bring Gabriel to the capital and wait a fortnight for him to complete quarantine. The Gunners will follow the guidelines in place to the letter, meaning their new signing could face a lengthy wait to join up with his new team-mates.

However the Gunners are confident that he will prove to be worth the wait with a long-term vision of Gabriel and William Saliba, 19, as Arteta's centre-back pairing. David Luiz and Pablo Mari are also expected to remain in place to shepherd the youngsters into the Premier League, although the former has been linked with a move to Rennes.

Arsenal will entertain offers for their other four centre-backs - Sokratis Papastathopoulos, Shkodran Mustafi, Calum Chambers and Rob Holding - although whether they would allow all of the quartet to depart remains unclear.

Matteo Guendouzi breaks his silence on why he has signe...